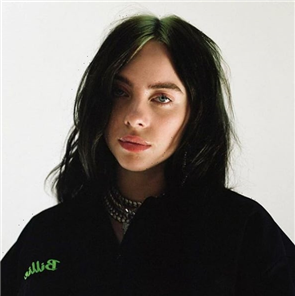 Billie Eilish Accused of Queerbaiting as Fans Turn on Singer

Unfortunately, people sometimes don’t know how to not be weird about celebrities.

Billie Eilish is 19 years old, but has to contend with creepy body-shamers and obsessed stans.

Over the weekend, the “Bad Guy” singer was accused of queerbaiting her fans.

Is that what she’s doing?

Before we get into the controversy, here are the facts.

Billie Eilish is a 19-year-old singer and an extraordinary musical talent.

Her latest single is “Lost Cause.” Yes, this is very relevant.

“Lost Cause” has a music video starring Billie alongside numerous other women.

In the video, the women dance in a suggestive manner with general “college age hot girl slumber party” vibes.

All pretty par for the course for music videos, and frankly tame in comparison to many.

So, a few days ago, Billie shared some behind-the-scenes snaps from the music video.

The photos were of her hanging out with other women from the music video.

The video has a relatively small cast, and Billie captioned the photos: “I love girls.”

It’s all super cute … but also set the stage for what was to come.

Now, Billie has very recently been spotted with Matthew Tyler Vorce, an actor.

Though nothing has been confirmed, they appear to have gone on dates, including to Disneyland.

Despite the lack of confirmation, the two are being labeled as dating.

Many fans have referred to Matthew as Billie’s “boyfriend.”

But other fans have seen this, seen Billie’s post, and become outraged.

There has been speculation for years that Billie might be part of the LGBTQ+ community.

It’s not really based upon rumors so much as a “vibe” that some perceived, possibly just a lot of wishful thinking.

But Billie’s post and the apparent dating news have gotten her accused of queerbaiting.

This is a complicated term that often comes up in fandom circles, but also applies to broader pop culture.

Basically, the idea is that you try to trick LGBTQ+ audiences into following a piece of media … but never plan to actually deliver.

For example, if you have a TV series where two men are constantly assumed to be a couple, some viewers might hope that they’re getitng representation.

If that show never shows either man to be anything other than straight, however, it might be queerbaiting.

However, sometimes the accusation is thrown around inaccurately.

For example, if a person (or character) is part of the LGBTQ+ it’s not queerbaiting, even if they don’t get with the person that fans are hoping for.

And similarly, queerbaiting is supposed to be an intentional practice. It’s been done in the past to drive up followings for shows that will never deliver.

If a woman smiles at and is nice to a man, whether she’s his cashier or they’re work colleagues, she’s not leading him on.

While queerbaiting is very real, sometimes, people lead themselves on … and then get angry.

In this case, fans — especially overly obsessed teenage stans — may have overthought themselves into a frenzy.

Plenty of people “love girls.” Jumping to conclusions does a disservice to the LGBTQ+ community.

A man can wear a dress without being trans.

A woman can dress in a butch manner with the same being true.

And yes, a straight woman — if Billie is indeed straight — can talk about how much she loves her fellow women.

There’s another, important angle to this that some of these stans may be missing.

Billie wouldn’t have to be straight to be dating a dude.

Bi and pan people exist, and it’s very likely that they outnumber all of the rest of us combined.

Flipping out because someone you imagined was gay appears to be straight is always bad.

Both are particularly bad things to do during Pride Month.

Just for the record, a bi woman dating a man is not “queerbaiting.” She’s still bi.

That doesn’t mean that Billie is. Only she gets to define her sexuality.

And by the way, Billie does not owe anyone an explanation. Her stans need to calm the eff down.

Kevin Hart Says ‘Shut the F*ck Up’ to Cancel Culture: ‘I Personally Don’t Give a Shit’ About It
World News