Home » Celebrities » Ben Rathbun: Is HE the 90 Day Fiance Fraud? 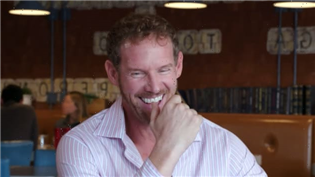 Ben Rathbun: Is HE the 90 Day Fiance Fraud?

From even before we first saw them on the show, the general vibe is that Ben Rathbun is being catfished.

90 Day Fiance: Before The 90 Days has pulled a fast one before.

There is at least some evidence that Mahogany could be partially real.

Some fans think that this is more than catfishing. Are Ben and Mahogany an actual fake couple?

No amount of production plotting is needed for a man in his fifties to chase after a girl less than half his age.

Similarly, a possibly fake profile from a girl who never video chats doesn’t need to come from a script, especially when there’s money involved.

But between Ben’s backstory as a cult survivor, his fitness bod, and the catfishing angle, was all of this concocted to entertain viewers?

Starcasm recently did a rundown on Ben’s background and who it’s at least worth considering that things might be fake.

First of all, Ben is an actor, which always raises questions.

He’s not the first reality star on or off of this franchise to have acted, however. Also, his acting career is just local theater stuff.

Ben does seem to have a real interest in, well, being in the spotlight.

That’s not necessarily a bad thing, and it more or less describes literally every reality star.

You don’t sign up for reality TV without having at least some sort of interest, direct or indirect, in doing it.

Ben’s past statements about fame also suggest that he has a real interest in it and has put thought into it.

In his estimation, if you don’t have a message to share, there’s no point in having a platform.

In his case, Ben says, he hopes to spread a spiritual message of “hope.”

So let’s look at the story, as Ben tells it, of how he was contacted by another reality show.

“One of my fitness pictures got put into a men’s magazine, and from there a couple producers got a hold of me,” Ben shared on social media.

Producers called him “and said, “Hey, how would you like to be in a reality TV show?” And I was, like, ‘Yeah! Maybe. I mean, if it’s fun. And if there’s a free trip involved.'”

“I got kids. They’re gonna see that,” he explained.

“I’m not gonna go on an island and be a part of that craziness,” Ben affirmed, “where you’re just, like — you’ve all seen those kind of shows.”

“But then something else kinda came up,” Ben said, in clear reference to 90 Day Fiance: Before The 90 Days.

That’s interesting, especially since he admitted it himself.

Now … maybe he and Mahogany were already talking at this point.

Or maybe he needed to find an engaging plus one ASAP to make his fame dream come true.

So, how exactly did he and Mahogany start talking?

Ben shared that a coworker had suggested a few years ago that he could make good money as a fitness model.

Companies were looking for “old dudes with abs,” and Ben certainly fits the bill.

As his pics became featured in magazines and showed up online, he says, he and Mahogany crossed paths online.

It looks like what (allegedly) happened is that Mahogany, or the account that created the “Mahogany” identity, saw a DILF model and followed him.

From there, they started chatting … and just a handful of months later, he was on a plane and headed to see her.

“To answer some of your questions: Is it real? Like, is reality TV real? There is a lot of realness,” Ben recently wrote on social media.

I mean, Hollywood actors spend their entire lives honing their skills to be able to cry on camera and to look real,” he observed.

“Reality TV just is real,” Ben noted. “That’s why people are so compelled.”

Ben continued: “because I’m showing a part of my life that is very raw, and sometimes humiliating and embarrassing.”

“And sometimes really inspiring. And it’s just all me,” he added. “So to answer that question: Yeah. Yeah, it’s real.”

“It’s going to be an exciting story filled with drama, intrigue, and — I can’t tell everything. In fact, they said ‘no spoilers.'”

“So, you’ll just have to watch,” Ben teased. “Not even my own family really knows much of what’s happening.”

There is a real person on the other end of Ben’s messages, but Ben’s been lied to about her age and possibly much more.

As for Ben, he seems like an overly earnest and somewhat foolish man.

We don’t think that production conjured him up as part of a fake storyline. We do think that he lept at the chance to be on TV, and may have rushed things with Mahogany to that end.

What ball will be used at the 2018 World Cup finals in Russia?