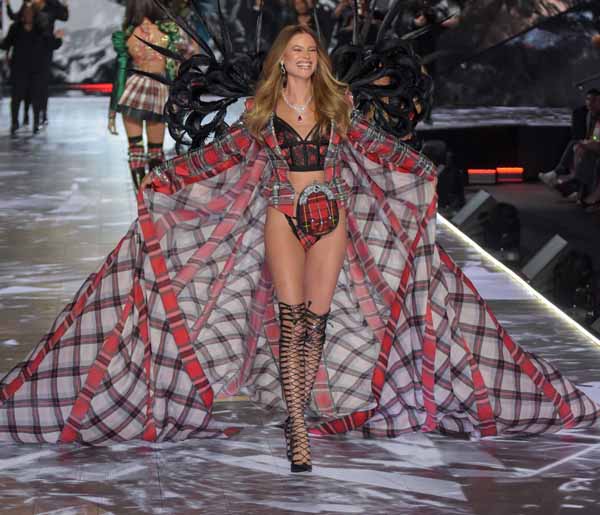 Why so serious, asks Behati Prinsloo?!

The model clearly doesn’t think people should be taking the Victoria’s Secret Fashion Show as seriously as they have been lately, and she’s proving that by opening up a LOT this week!

In an interview with Elle, Prinsloo got real about defending the brand during their recent body image controversy, saying (below):

“There’s a lot of talk about everything but I think people need to also understand that it’s a show. It’s not saying negative or positive about any body type, it’s ‘this is who they are.’ We’re strong, we’re confident, and I think any woman is a Victoria’s Secret woman. But people also need to understand that it’s just a show. I don’t think that it says that they’re not for a certain type of body. It’s cool to talk about it and great to open up a conversation and so much good has happened. Let’s just have fun and not make it about anything and just have a great night and celebrate everyone.”

We know that not everybody agrees with that sentiment, of course, but what about YOU, Perezcious readers?!

Let us know your opinions in the comments (below)…