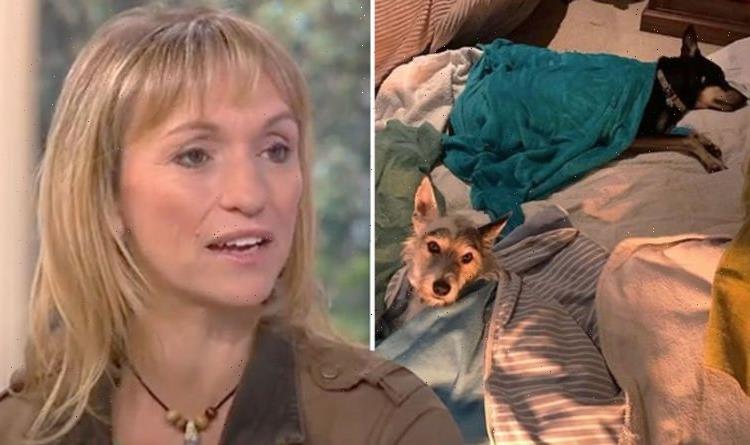 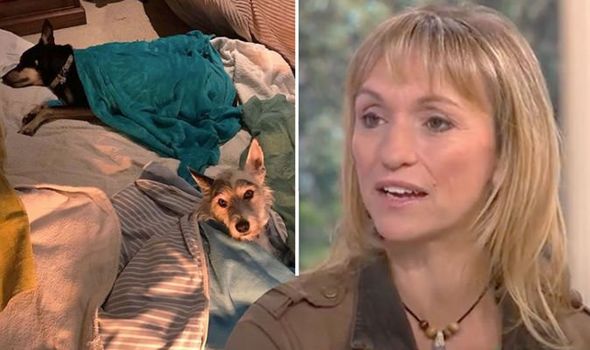 Springwatch star Michaela Strachan told fans it had been “a rough night” after discovering her dogs Rio and Timmy must’ve eaten human faeces belonging to an addict. The 55-year-old lives in South Africa, where Crystal Meth is known as “Tik”.

Taking to her Instagram, the presenter shared a picture of her two rescue dogs, one awake and one asleep, while wrapped up in blankets.

She explained: “After walking my dogs through a ruined fort on the mountain yesterday, a few hours later they looked like they were both having seizures and couldn’t stand up.”

Michaela rushed her pet pooches to the vet, who recognised the symptoms as an overdose of a drug called Tik.

She added: “Apparently the ruined fort is where a lot of homeless people hang out and take Tik so the dogs must’ve eaten human poo with Tik in it!”

The vet informed Michaela that she had come across the problem before.

The presenter went on to say she had nursed her dogs through their “hectic trips as they shook, twitched, vomitted and peed”.

After waking up from their trip, they were “confused, disorientated, paranoid and spaced out”.

Michaela added she believes they are now through “the worst of it”, adding: “You couldn’t make it up!”

A second added: “That is terrible. I hope they make a fast and full recovery.”

In an update, the presenter shared a video of her dogs on the beach and “back to their old selves”.

She commented: “Seemingly none the worse for their guest appearance in Breaking Bad!

“Thank you for all your comments and support. Weird experience!!”

The BBC regular has lived in South Africa with her partner Nick and son Oliver since 2002.

Michaela shared details about her life in Cape Town with You Magazine back in 2018.

She spilled: “I live behind Table Mountain National Park.

“Walking there with my dog Rio has become my solace. It’s also where I met my husband Nick. I was in Cape Town and a friend introduced us.

“After a long walk up the mountain together, a bottle of wine at the top and a cable car down, I knew he was the one.”

Earlier this year, the presenter was forced to pull out of Winterwatch due to coronavirus travel restrictions.

David Henrie’s Directorial Debut ‘This Is The Year’ Gets September Release Date!