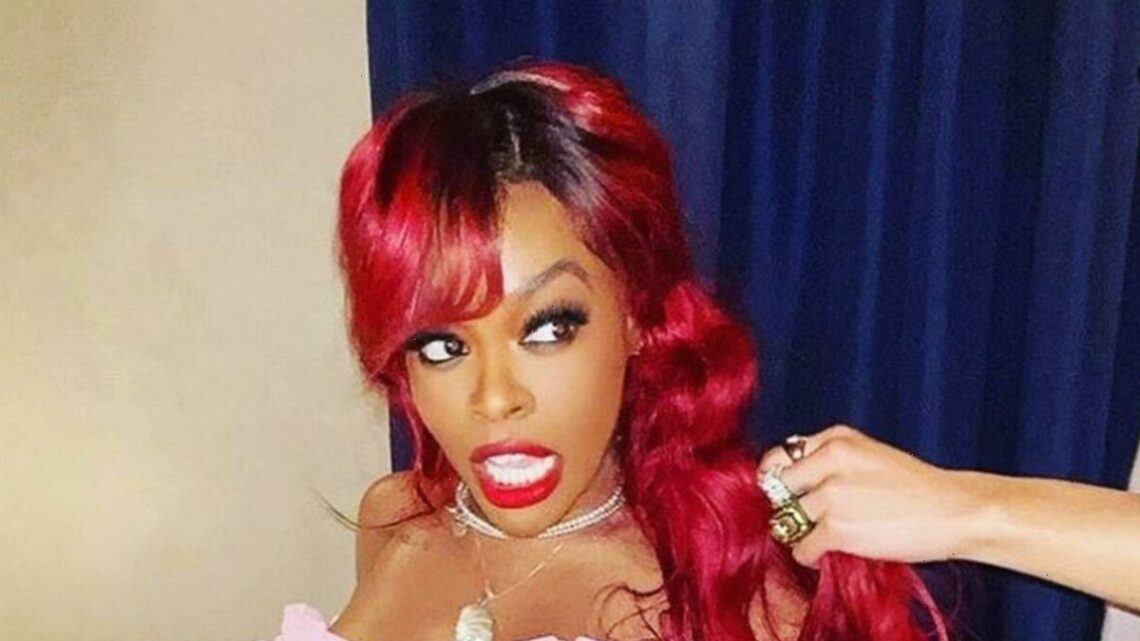 Azealia Banks, 31, is known for her fiery personality with it coming to a blaze this week as launched an attack on the UK after she saw a UK publication call the rapper “unhinged” in its headline. The New York Based singer made the comments on Instagram, calling UK residents “lazy”, before going on an “unhinged” rant about what she would do in response.

How’s that working out for you?

A UK-based publication published a news article this week after Azealia called Australia a “broke and racist” country while slamming the “tour promoters in an unhinged rant”.

The “unhinged” element upset the rapper as she took to Instagram in view of her 17,400 followers, with one social media user sharing the video on Twitter.

In the video, Azealia is heard saying: “The thing the UK needs to be worrying about right now is Brexit. Okay, how’s that working out for you?

“I heard the children are starving, I heard the kids are in class without a meal. I heard that the apples and the strawberries are rotting in the f******g fields.

Azaelia then launched an attack at those who believe she is “unhinged” detailing what she would do to the public, with her actions resulting in “flying teeth”.

Many social media users rushed to the comments to share their views on Azealia’s bold statements.

Eslabah1 said: “She went to Australia recently too. Seems the feeling is now mutual even though most people here hadn’t even heard of her until she started slagging us off.”

However, the comments section was mainly full of US and UK-based social media users arguing.

Just as ItsJustB_01 said: “Well I typically wouldn’t agree with Azealia but she got a point here.

“Not to mention, I’m hearing y’all freezing and eating dog food. Food banks closing and the UK crashing and burning.

“Yet, the people find a way to bully the beautiful duchess every day. Get it together, UK.”

While UK user Sofaandchill replied: “What the actual s**t are all of you talking about haha. Absolutely nothing like that in the UK.”

All of this comes after the New York rapper lashed out with a similar fiery rant on Instagram, calling Australia a “broke and racist” country.

She then told future artists to avoid touring there while also accusing her Australian touring agents Bizarro and Point Productions of being “scams” and trying to get out of paying her.

She began: “So this will be my last time touring Australia. The entire run was a set-up scam between Bizarro and Point Blank Productions.

“Both promoters got paid off of my hard work and are now trying to cite all these stupid things as reasons not to pay me a dime.

“I flew all the way across the world to go home empty-handed. Sweet. I will not be back.”

Azealia added in a subsequent post: “Y’all white people down here are broke and racist LMAO.”

The production company, Point Productions have since released a statement regarding the rapper’s allegations as they claim her “allegations are untrue” as well as “disagreeing” with her comments.

The first fine for catcalling has been issued in the UK