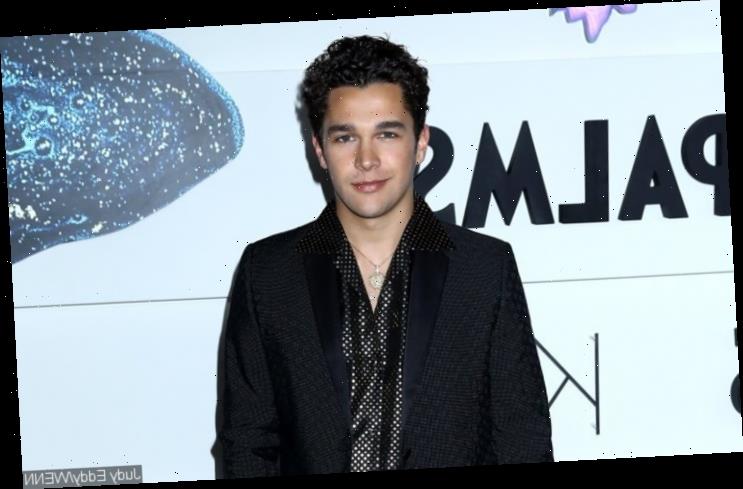 His fans are thrilled at the prospect of seeing more racy contents from the ‘Banga Banga’ singer, while some others are disappointed that he resorts to joining the adult-only platform.

AceShowbiz –Austin Mahone is the latest to join the list of celebrities who are signing up for OnlyFans. The singer, who gained popularity performing covers of pop songs on YouTube in early 2010s, has announced his account on the adult-only platform and teased it with a kinky picture.

Offering a glimpse of what to expect by paying $24.99 a month to subscribe to his page, the 24-year-old shared on his Instagram and Twitter account a photo of him getting frisky with a scantily-clad woman. “Who’s ready to join my OnlyFans?” he wrote in the caption, adding a red devil emoji.

An excited fan wrote in the comment section, “BIIIIII I’VE BEEN READY SINCE I WAS LIKE 11.” Another was more than willing to pay for whatever Austin offers on his page, “This is the ONLY OnlyFans I’ll pay for lmaoooo.”

Some others, however, were not impressed that the “Mmm Yeah” crooner resorts to joining the controversial platform after his music career seems to be stalled. “hey calm down sir,” one person reminded him. A concerned user asked, “mahone….you good?”

Someone sarcastically commented on his announcement, “So now you’re the male version of Bella Thorne. Great job kid.” Another mocked him, “I guess the music career still hasn’t taken off?”

A seemingly disappointed fan slammed him, “My ‘ex-little boy’ trying to get the public’s attention after falling into limbo. What a shame. Not because of your ‘only fans’, but because you resorted to it after treating your fans like s**t. I hope you have fun with this.”

Someone else expressed hope that Austin sticks to do what he’s doing best, singing. “Now are you going to dedicate yourself to selling your nudes and your relationships? seriously? Keep fighting for music that those who like something costs a lot,” the person encouraged him.

Austin last released a song in February 2019 with “Why Don’t We”. In March of the same year, he talked about his upcoming album, which has not been released yet. His last album, an EP titled “Oxygen”, was released in 2018.

What did Joe Biden say to Trump after he tested positive for coronavirus?