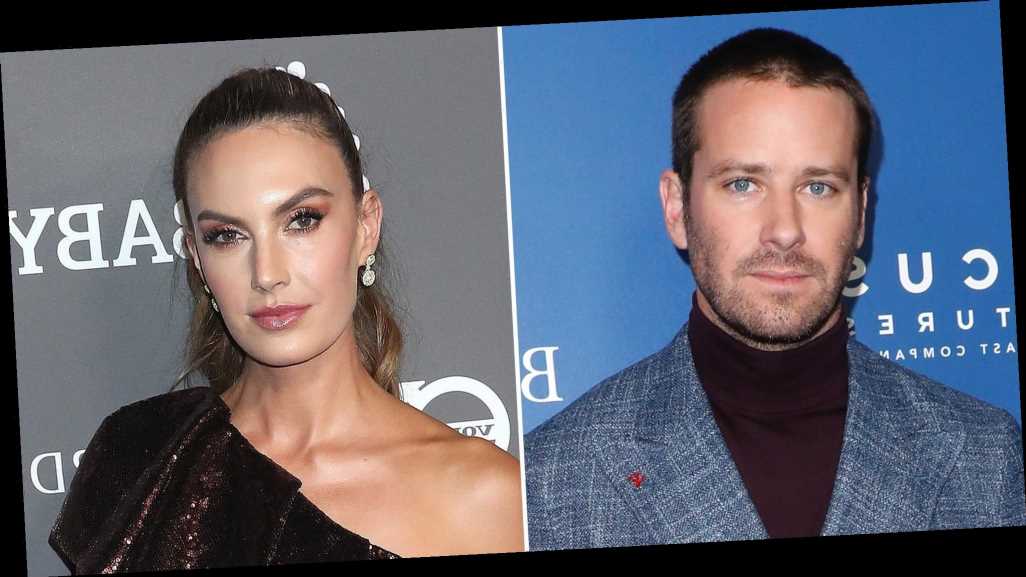 Homeward bound? Armie Hammer wants estranged wife Elizabeth Chambers to bring daughter Harper, 5, and son Ford, 3, back to the U.S. after quarantining in the Cayman Islands.

The Social Network actor, 34, and Chambers, 38, spent time in the Caribbean during the early days of the coronavirus pandemic. The pair, who wed in May 2010, announced their separation via Instagram in July. As they continue to work through their divorce proceedings, Hammer is requesting that the Bird Bakery owner return to Los Angeles to arrange a custody agreement.

“As the coronavirus pandemic worsened in the United States, Elizabeth and Armie elected to stay with their children temporarily in the Cayman Islands where the pandemic appeared to be under greater control,” the Call Me By Your Name actor’s attorneys state in documents filed to the Los Angeles County Courts, according to The Blast.

The documents also claim that Chambers had previously agreed to return to the U.S. in due time after the duo’s split. “Armie returned to Los Angeles this past July, with a promise from Elizabeth that she and the children would follow shortly thereafter. To date, however, Elizabeth and the children remain in the Cayman Islands and Armie has not seen the children in several months now,” the lawyers state.

Armie Hammer and Elizabeth Chambers’ Cutest Moments With Their 2 Kids

“I believe we are both good, loving parents, and I have tried to be patient as I know that this a stressful time for all of us who are dealing with the coronavirus pandemic,” he claims in his filing. “I have no doubt that Elizabeth and I both want what is best for our children.”

When news of the couple’s split made headlines in July, a source told Us Weekly exclusively that they were “having trouble in their marriage for quite a while and each doing their own thing.” Despite their differences, “the decision to separate was not one that they made lightly,” a second source explained.

As he continues to adjust to his new normal, Hammer admitted that big life changes aren’t “always” a “bad thing.” While speaking to British GQ in September, the Rebecca actor said that his split was a “seriously seismic event.”

‘The Social Network’ Cast: Where Are They Now?

“Elizabeth and I are two adults making this decision and the priority is how do we do it in a way that affects our children the least?” he added. “Or, at least, how do we help get them through this in a way that mitigates as much consternation or fear or damage on their part, you know?”

The Man From Uncle star has been working in construction to keep himself busy amid his divorce — and has been sparking rumors that he’s ready to move on. In September, he was spotted with Rumer Willis and writer Jessica Ciencin Henriquez, who was previously married to Josh Lucas.

“Armie and Rumer Willis hooked up, but it was just a short fling and they are friends,” a source later told Us, adding that his “time” with writer Ciencin Henriquez was also “very brief.”

Disney strengthens its racism warnings on Peter Pan and MORE: ‘Wrong then and wrong now’