Home » Celebrities » Anya Taylor-Joy Debuted Four Looks in One Day, From an Orange Mini Dress to a Gold Gown 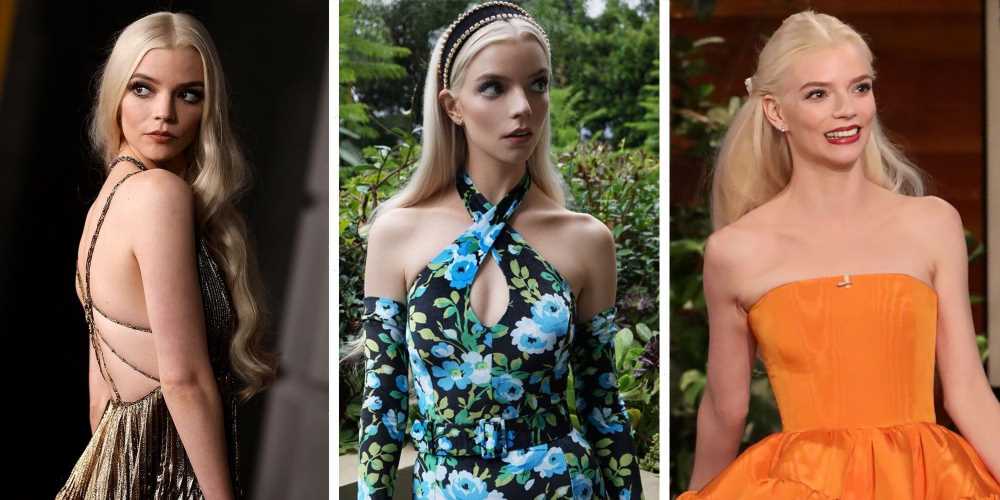 Anya Taylor-Joy Debuted Four Looks in One Day, From an Orange Mini Dress to a Gold Gown

Anya Taylor-Joy and her styling and glam team have leaned into the ’60s vibes of her new film Last Night in Soho for its press tour—and in the last 24 hours, photos of Taylor-Joy in four very bold and very different looks have emerged as she promoted the film.

Taylor-Joy first did press yesterday in a bow-adorned purple two-piece set by Rokh. Stylist Paul Burgo shared photos of Taylor-Joy in the look on his Instagram; he and Taylor-Joy worked together to style the look.

Taylor-Joy also appeared on the Ellen DeGeneres Show in an episode that airs today. She wore an Oscar de la Renta orange mini dress for that occasion. She accessorized with a bow hair barrette.

The actress also did The Late Late Show with James Corden yesterday, wearing her flashiest look yet: a blue floral Richard Quinn jumpsuit. She accessorized with a black headband.

And finally, for the Last Night in Soho Los Angeles premiere, Taylor-Joy slipped into something sparkling: a sleeveless gold Dior gown with Tiffany & Co. jewelry. (Her necklace itself was 77 carats of sapphires and diamonds.) The big Dior moment came after Taylor-Joy was named the French fashion house’s new global ambassador of fashion and makeup yesterday morning. 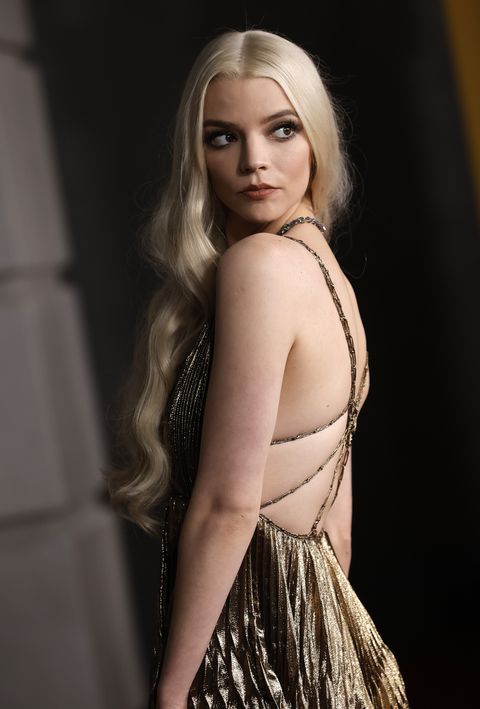 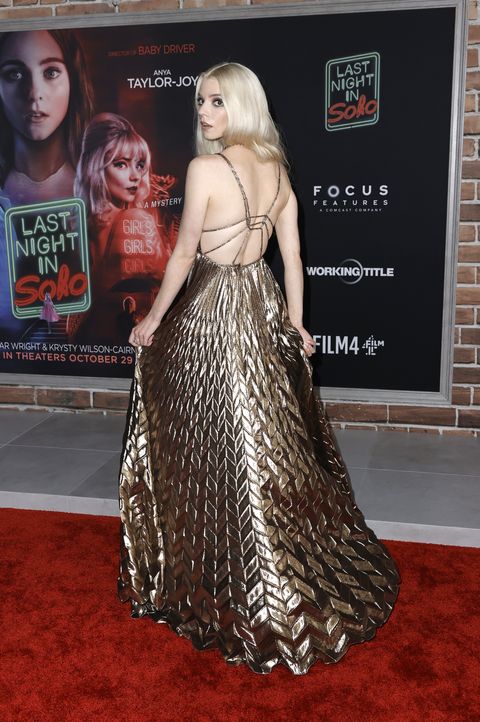 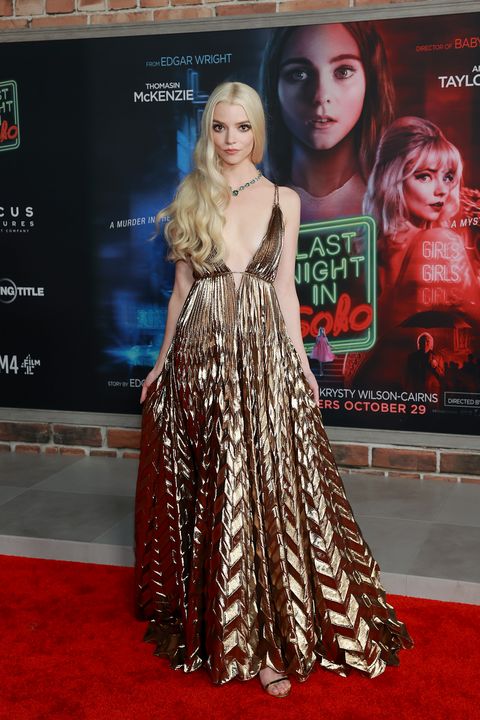 Taylor-Joy discussed Last Night in Soho in an interview published earlier this week on Entertainment Weekly. She spent about how long before she was playing ’60s characters in Last Night in Soho and The Queen’s Gambit, she had a deep connection to the era.

“The first music that I fell in love with was the music of the ’60s,” Taylor-Joy said. “My playlists for both [Last Night in Soho‘s] Sandie and Beth [from The Queen’s Gambit] was the playlists of my teenage years. It was all the music that I listened to when I was growing up. [Last Night in Soho director Edgar Wright and I] both share a deep love and appreciation of The Kinks. We spent many, many an hour discussing them and their brilliance.”