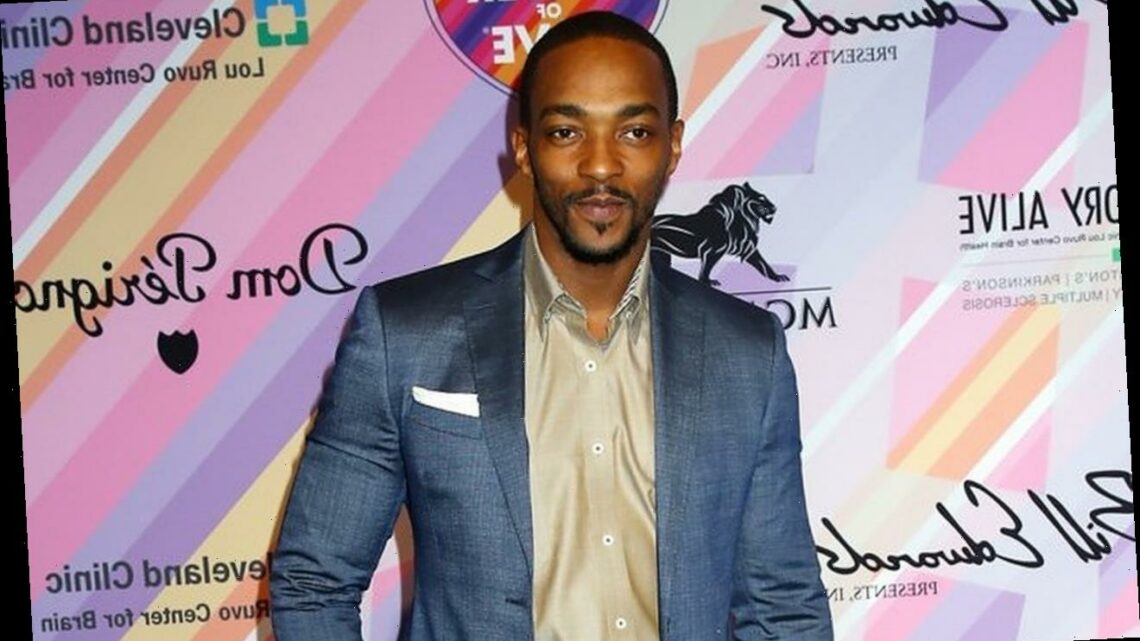 The ‘Falcon and the Winter Soldier’ actor talks about his childhood and what it was like growing up as the youngest of the six children in the house full of female siblings.

AceShowbiz -Actor Anthony Mackie‘s sisters made his upbringing a living hell, forcing him to dress up, play with Barbie dolls, and eat terrible grilled cheese sandwiches.

The “Captain America: Winter Soldier” star grew up as the youngest of six children and has vivid memories of his siblings “torturing” him.

“When I was kid my brothers were away at college and my sisters went to college locally and my dad was at work all day,” he tells “Live with Kelly and Ryan“, “so it was just literally my sisters torturing me all day and making me do whatever they wanted, and all their chores.”

He has some particular childhood memories that make him smile now even though he wasn’t amused at the time.

“I have one sister, we’re Irish twins – she’s 364 days older than me,” he explains. “When she would get punished and couldn’t leave the house, she would dress me up in her clothes and make me be her friend and play with her Barbie dolls with her. I didn’t willingly do it. She was my sister, she would beat me up if I didn’t do it. I still look very good in a dress.”

His eldest sister, meanwhile, was in charge of cooking, which was also no picnic for the youngest member of the family.

“She was by far the worst cook on earth…,” he groans. “Her gourmet meal was chilli and grilled cheese (sandwiches) but we had… this big brick of cheese and she would cut it too think and it wouldn’t melt. So she would force me to eat these blocks of cheese.”

And while he couldn’t escape playing dress-up, Mackie did come up with a solution to “get out of” eating the nasty snacks.

“She (sister) had a pet ferret so I would feed the ferret the grilled cheese (sandwiches) and that’s how I was able to get out of it,” he laughs. “He was a very constipated ferret.”