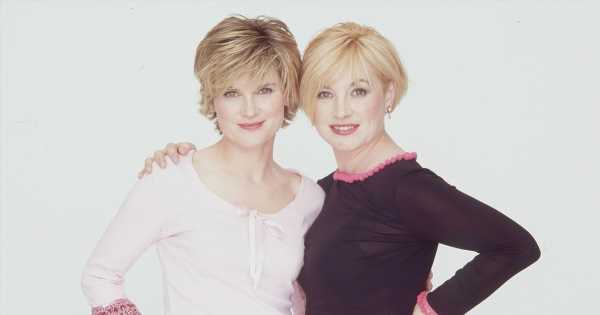 Anthea Turner is said to have severed all ties with her TV presenter sister, after being forced to stump up £5000 to cover her debts.

Former GMTV star Anthea, 58, was left to cough up the cash for an unpaid rent bill when sister Wendy Turner Webster, 51, and former EastEnders actor husband Gary Webster, 54, moved out of their rented home in December 2015.

Anthea, who had signed up to be the couple’s guarantor when they first moved into the home, then found herself being sued by landlord Amanda Cavill de Zaveley for the outstanding bill.

The star is now said to have distanced herself from Wendy and Gary after growing tired of ‘propping them up financially’ in the past.

“As far as Anthea is concerned, enough is enough,” a source told The Sun .

“She has helped Wendy and Gary out endlessly over the years, and propped them up financially time and time again.

“In the end, she snapped and severed all ties.

"Family feuds are never pretty, and this one is no different.

"Anthea is devastated it’s come to this but she had no option.”

According to reports, TV favourite Anthea initially refused to pay off her sister’s debt, claiming that she had stopped being the couple’s guarantor after the initial 18-month tenancy was up.

Last year, the landlord’s sister Melanie Crawford had threatened to send bailiffs round to Anthea’s £1.2million Richmond home to recover assets in a bid to settle the bill.

Melanie said: “I’m one of three sisters and I would always help a sister out. We have sent her emails and she’s completely ignored them.

“We have had enough now. We are looking at getting bailiffs to go round to Anthea Turner.”

Anthea was forced to pay a county court judgment of £5,111.15 in June, apparently leading to her decision to end contact with her sister.

Wendy, Gary and their two children have since moved into new rented accommodation.

Wendy is an animal activist, while Gary played Graham Clark from 1987 until 1988 in BBC soap EastEnders.