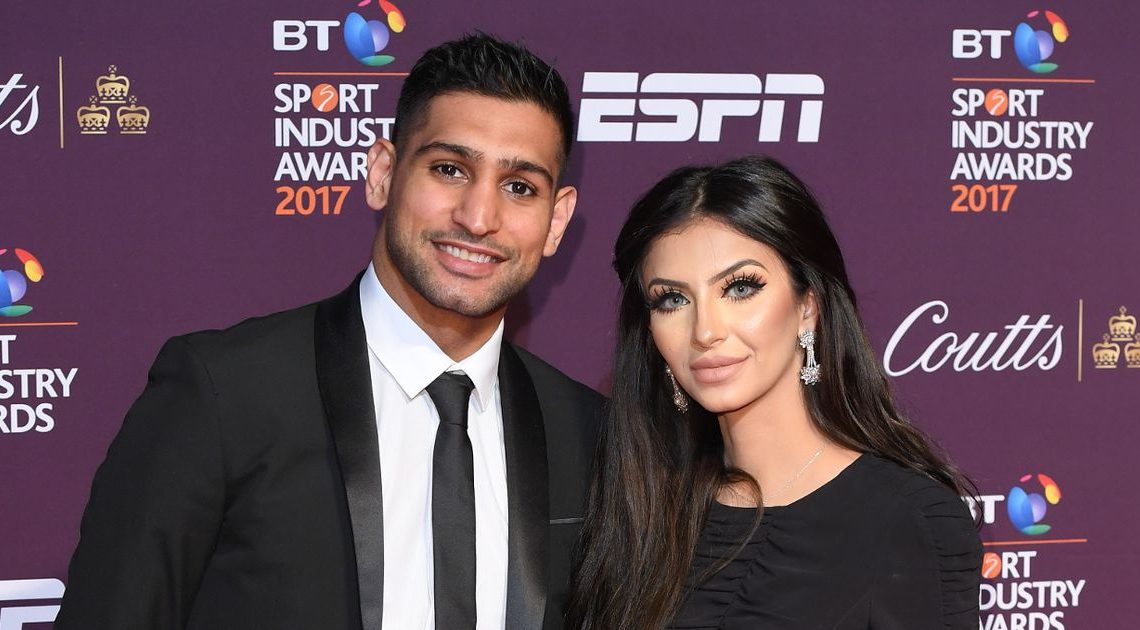 Amir Khan is believed to be leaving his hometown of Bolton and moving to the countryside to work on his marriage.

The lightweight champion boxer, 32, who married model Faryal Makhdoom, 27, in a lavish New York ceremony six years ago, reportedly wants to move away from his family who live close by.

The couple have battled through Amir's rumoured indiscretions with other women as well as his accusation against Faryal that she cheated on him with Anthony Joshua – something both parties denied.

Faryal and Amir's family had a very public falling out in the past, although they later solved their differences, but it now seems Amir is ready to fly the nest.

According to the Sun , friends of Amir and Faryal say they are house-hunting in Ascot, Berkshire.

The couple, who split two years ago after his family accused Faryal of being a bad mother to their two children, have reconciled their relationship and moved on from their past drama.

They put their £1.2million mansion, which is next door to his parents, up for sale last year and moved into the bungalow across the street that they also own.

A source told the Sun that while Amir was in New York with Faryal, as he prepared for his world title defeat, he enjoyed spending "quality time" with his wife away from his family.

"He wants to make his marriage work and knows in order to do that he needs to get out of Bolton where his family are so close," the friend said.

"His family have been there for his whole career but he's 32-years-old now and thinks its time to leave the nest."

In 2006, the former light welterweight champ bought the detached house, which is just three miles from his home town of Bolton, that also included a bungalow opposite the boxing champ's driveway.

The 3,500 square foot contemporary home boasts a ground floor dedicated to a swimming pool, steam room and gym along with a home cinema and pool table.

The bungalow opposite the main house also offers four bedrooms, four bathrooms and a dressing room.

Their six-year marriage has been overshadowed by cheating claims and reports that Amir has been linked to a string of women, including reality stars, models and playboy stars. Khan has also been involved in a bitter feud with his family over Faryal.

Faryal claimed that the boxer's parents attempted to split the couple up whilst she was pregnant with their first child and she was later branded 'evil' by Sajjad Khan, Amir's father.

The couple appeared to be putting on a united front when Amir was announced for I'm a Celebrity in 2017, with Faryal posting a heartfelt statement on her Twitter where she told her followers herself and Amir had 'put their differences behind them' and were 'starting afresh'.

Amir and Faryal also reconciled with Amir's family after they threw him a strawberry themed welcome home from the jungle parry and the infamous strawberry-gate in the camp.

‘American Idol’ Season 18 Could Include All New Judges
World News