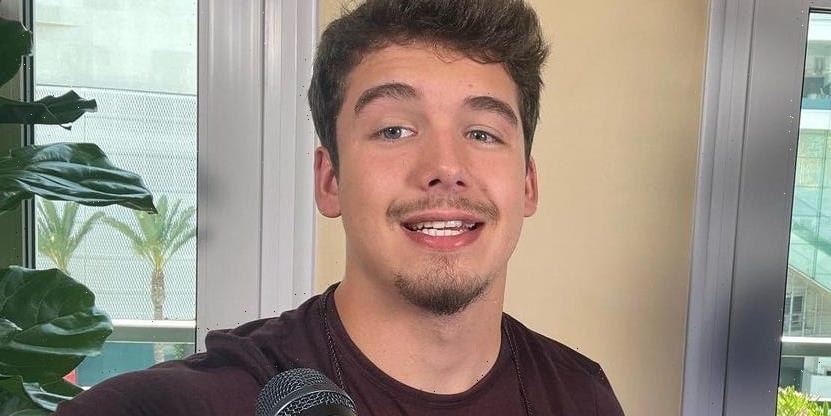 At the start of Sunday night’s episode, Ryan Seacrest opened up the show with an important announcement about Noah and Fritz Hager. According to the ABC star, both season 5 (overall 20th season) contestants tested positive for COVID-19. Thankfully, the aspiring artists felt well enough to chat with American Idol judges Lionel Richie, Katy Perry and Luke Bryan from their hotel rooms. Noah also performed his two songs of the night live, which included Cole Chaney’s “Painted Blue” and Fleetwood Mac’s “Landslide.”

After Ryan looped folks in on what was happening, Noah took to Instagram to confirm the news with a selfie and a candid message. “Yes, I’m performing from my room!” he wrote. “Was not planned, I’d much rather be on that stage with the other contestants but Covid said otherwise!! Voice is pretty rough but I’m gonna give it my all guys, thank y’all so much for any support.”

Speaking with American Idol guest mentor will.i.am, Noah got a gentle push to be his most vulnerable self up on stage while singing “Painted Blue” — the song his best friend posted of him online that started his journey on the singing competition show. In the end, Luke declared that his rendition was “one of [his] best performances.” Katy echoed his words when Noah sang “Landslide,” a performance he dedicated to his grandma Karen in honor of Mother’s Day.

Unsurprisingly, American Idol fans couldn’t stop raving about his performances and many showed their support for Noah in his Instagram comments section. “Sending prayers your way for a speedy recovery 🙏 you did awesome as always ❤️❤️❤️,” one person wrote. “You got my vote!! You truly are an inspiration and I hope you win ❤️,” another added. “You don’t need a stage, your voice is the stage. Doesn’t matter where you are you’ll always kill it and have my votes!! 🤍,” a different fan said.

On the flip side, while many were rooting for Noah’s success on the show, some were confused over why he sang from his hotel room and Fritz didn’t. Ryan mentioned early on in the show that Fritz’s rehearsal footage from the day prior would be used to try to earn him a spot in the top five.

“Noah is getting the shaft by ABC. How is it that Fritz’s rehearsal is used? If Noah didn’t get to rehearse then Fritz should have performed by his room too to make this equal and fair. I smell another set up by a fake reality show,” a follower commented. But to others, this detail seemed trivial. “Didn’t matter, Noah had the best performance,” someone else replied.

Regardless, both Noah and Fritz made it into the top five with the help of votes. When Ryan asked Noah what he’s doing to occupy his time, he joked that he’s “staring at lights.” But maybe he’s coming up with his next great hit to wow folks before the American Idol finale later this month.