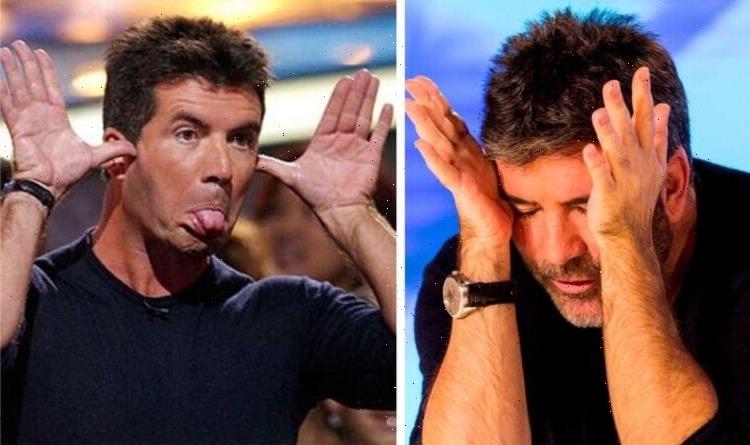 ‘Always an argument!’ Simon Cowell opens up on family rows at home with fiancée Lauren

X Factor’s Mr Nasty, Simon Cowell, surprised many when he seemed to have settled down into domestic bliss with partner Lauren Silverman and the son they share, Eric – but now Simon has confessed the family always argue. While their dogs fight for a spot on the sofa, Simon, 62, and Lauren, 44, regularly challenge each other – over the TV.

Simon, who is currently in Los Angeles, where he spends three months of the year, has found a democratic solution, however.

“We always argue about what to watch so [ to solve the problem] we put names into a hat,” the Britain’s Got Talent star explained.

“My only rule is that whatever you watch at night, it’s got to make you feel good.”

Explaining his criteria, he revealed: “It can’t be anything miserable, or a horror movie.”

Many fans might recall Simon’s sarcastic eye-rolls and caustic put-downs, which are among his most notorious trademarks as a TV judge, and be surprised that he insists on watching shows that are “nice” at night.

However, that might be for the benefit of his son Eric, who is just eight years old.

The besotted father is also on the same team as his child when it comes to where to watch the box.

“There’s always an argument because Eric and I like to eat in front of the TV, but Lauren likes to eat more formally at the table,” he confessed.

“At the moment,” he added mischievously, “Eric and I are winning.”

Meanwhile, it’s not just the humans who have disputes – Simon’s spacious sofa is often commandeered by the family’s three large dogs, who are typically “on it fighting each other”.

The TV star has recently taken to repeatedly watching series like The Crown, after fearing that he won’t like new shows that he takes a chance on.

So far, he has watched the royal drama in full three times in a row.

He is also enjoying introducing Eric to the films he favours, such as Raiders of the Lost Ark and Back to the Future.

“I wish I could experience those films again for the first time,” he enthused to the Radio Times of the nostalgia.

“But I get to do that through Eric by seeing his reaction.”

He added: “I’m a big believer that you can’t have a big enough TV.

“I never understand people who watch a movie on their phones. I want to feel like I’m at the cinema.”

Besides indulging in movie marathons at the family’s $25 million mansion in Malibu, he and Lauren will also be planning their wedding.

Simon had previously doubted whether he’d ever settle down with someone, but he has now asked Lauren to marry him.

It is believed that they will plan the wedding in LA, but then leave Hollywood behind for a big celebration in the UK.