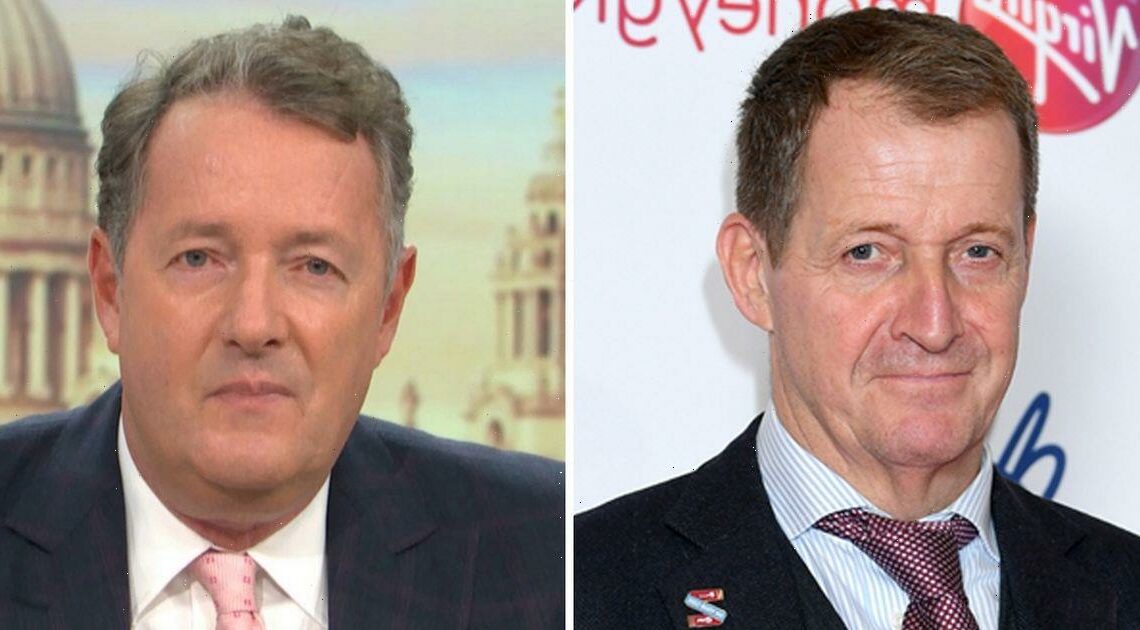 Alastair Campbell has joined Good Morning Britain as a new presenter – but he insists he’s not the new Piers Morgan and will only be keeping the seat warm for three days.

Former Labour spin doctor Alastair will co-host the ITV breakfast news show alongside Susanna Reid for Mental Health Awareness Week in May, but for the moment his role is confined to a guest appearance.

He tweeted to reveal the news, writing: “So weird to be wearing suit and tie. Been in at @GMB checking the presenter chair and seeing if I can cope with the tech! And no I am NOT the new @piersmorgan BUT I will be presenting alongside @susannareid100 May 10-12 thru Mental Health Awareness Week.

"In addition to usual news, views and interviews hoping to draw attention to MH Issues which GMB have long championed. But also keen to get stuck in on all the big political stories post May 6 elections. No piano! Wish I’d been on this a.m!#johnlewisnightmare #Nolan #wallpaper"

Alastair, who worked as Tony Blair’s spokesman and campaign director, and then as Downing Street Press Secretary and as the Prime Minister’s Official Spokesperson, also posted a lengthy video on Instagram where he said he had been asked to present on Good Morning Britain before but had not wanted a commitment that would take over his life.

However, he said that even working there for three days would link up with a strange coincidence from nearly 30 years ago.

He explained: “There is an element of finishing unfinished business here… back in the mid 90s I was a regular presenter of the paper reviews on BBC Breakfast and during the week the former Labour Leader John Smith died, I was in discussions with the programme about becoming a presenter.

"I must admit I am slightly dreading – make that totally dreading – getting out of bed in the middle of the night to get ready to present the show. But I am really looking forward to it."

Alastair also made reference to some of his run-ins with Piers while he was still working at Good Morning Britain.

He said: “I had some of my best fights when Nigel Farage was on there and Piers and I always had some good bust ups.”

But Alastair, who has written mental health memoir Living Better: How I Learned to Survive Depression, admitted: “I’m quite nervous about it because it’s really totally out of my comfort zone.”

Piers left Good Morning Britain in March after a row over comments he made about Meghan Markle following her interview with Oprah Winfrey.

He stormed out of the studio live on air during a disagreement with Alex Beresford about his treatment of Meghan and later returned, but was ousted from the presenting role afterwards.

A rotation of presenters including Adil Ray and Ben Shepherd have sat in his seat since then, but a permanent replacement has not been announced.

Jessica Simpson Reveals She Threw Away Her Scale, Has 'No Idea' How Much She Weighs