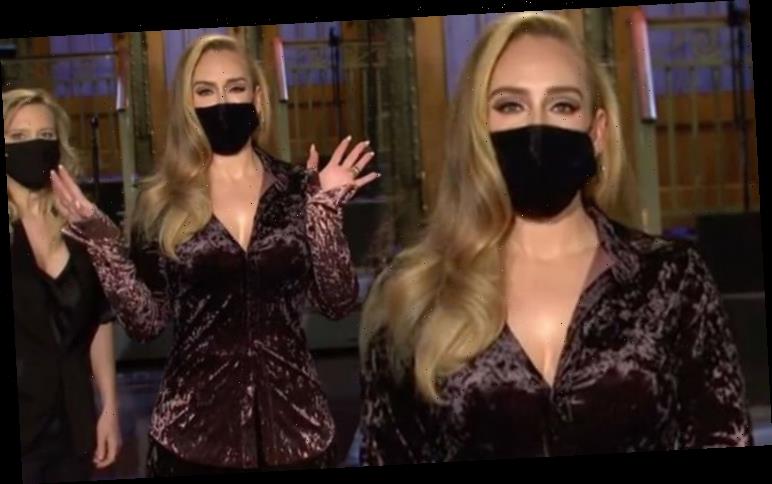 Adele looked nothing short of sensational in the trailer for her upcoming TV appearance, despite wearing a protective face covering. The singer showcased her new slimline figure in the short trailer for Saturday Night Live with her co-stars H.E.R. and Kate McKinnon.

The stylish long-sleeved number featured a plunging neckline and clung to her body showing off her trim waistline.

The 32-year-old wore her long blonde tresses in waves over her shoulders and was sporting glam make-up in her trademark retro style.

Hosting SNL will be the Grammy Award-winning singer’s first presenting gig, 12 years after first appearing on the comedy show as a musical guest. 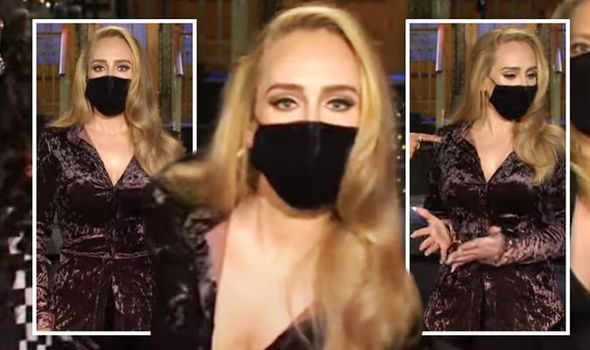 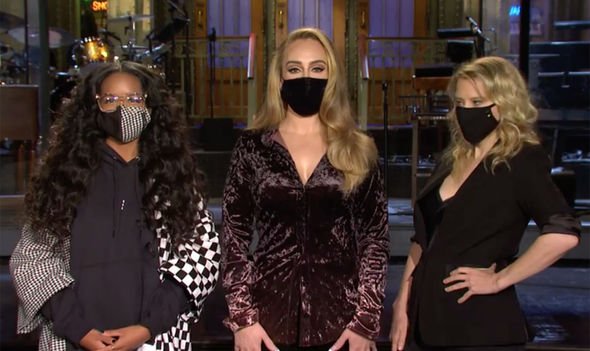 Adele, who has not released an album since 25 in 2015, also teased a musical appearance in the funny clip.

Introducing herself, the songstress told viewers: “Hi I’m Adele, and I will be hosting Saturday Night Live this week with musical guest H.E.R.”

In mock confusion, regular cast member Kate amusingly pointed to both pop stars to ask: “Her or her?” to which the host gestured towards Gabriella Wilson, professionally known as H.E.R.

The comedian then stepped forward and said: “It is I, who will be the musical guest this week.”

“Or maybe me,” added Adele moving to the forefront. 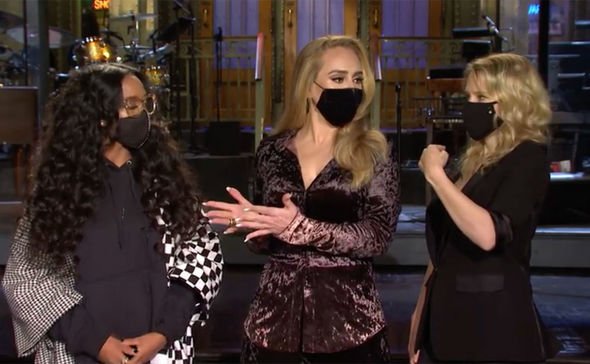 Adele then gave the audience her best American accent.

At the start of the week, the mum-of-one said she was both “so excited” and all “absolutely terrified” about her first ever hosting gig.

Fans are hoping she may release a new album to coincide with her appearance on the show.