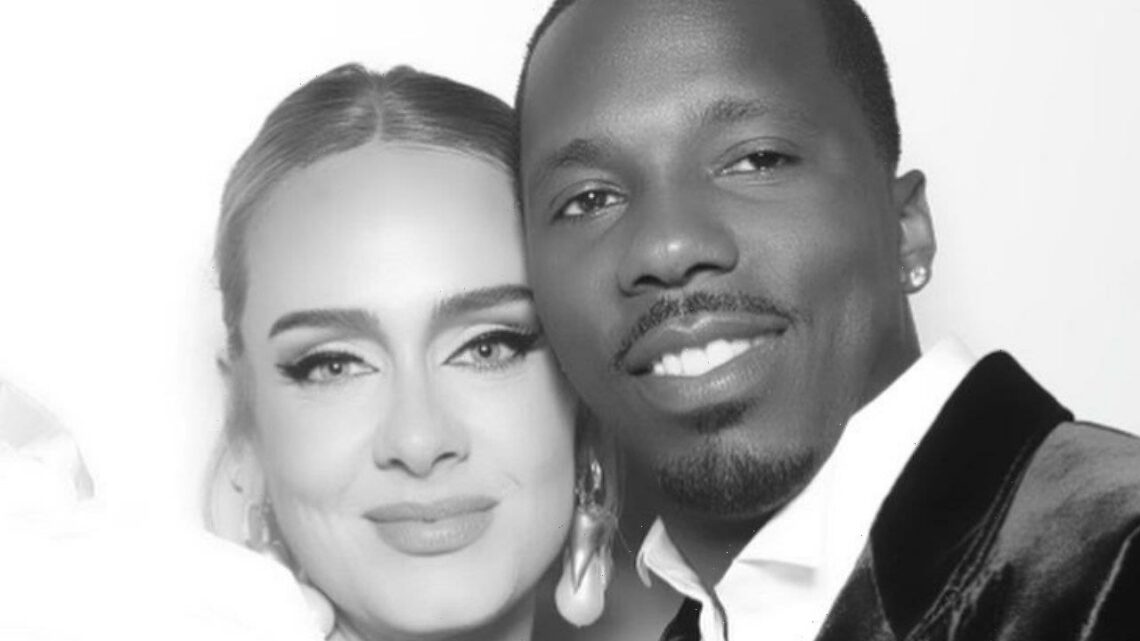 The ‘Easy On Me’ hitmaker is reported to shout and sob loudly on the phone with her sports agent boyfriend of six months before announcing her show’s postponement and rushing to his Beverly Hills mansion.

AceShowbiz –Adele apparently had a difficult time when preparing for her now-postponed Las Vegas residency. If a new report is to be believed, the “Easy On Me” hitmaker made “sobbing” calls to her boyfriend Rich Paul during rehearsals.

Sources spilled to Page Six on Tuesday, January 25 that the chart-topper singer was “shouting and sobbing” on the phone to Rich, her sports agent boyfriend of six months, during rehearsals. “Adele’s been crying and couldn’t get through a single full rehearsal for the past month,” claimed one source linked to the management team at Caesars Palace, where the shows were to take place.

“Just constantly on the phone with Rich … loudly shouting and sobbing,” the insider continued. It’s also said that Adele “has barely rehearsed because she is constantly in the middle of an emotional shootout.”

Scott Roeben, the Las Vegas-based journalist who broke the news of Adele’s residency, told the outlet that many people close to the show team are now worried that the pop star will cancel the concerts for good. “There are rumblings that there are stresses related to Adele’s relationship,” Scott shared.

“I’m told that these stresses caused her to be in a place where she was just not confident moving forward,” Scott told the outlet. He went on saying, “You can’t focus if you’re not where you need to be in your head.”

As for Adele, she reportedly took a private jet to Los Angeles and went straight to her boyfriend’s home after announcing her show postponement. The “Rolling in the Deep” singer was caught sneaking into Rich’s Beverly Hills mansion just two hours following the tearful announcement.

Recently, it’s said that Adele called off her show following alleged “furious row” over swimming pool stunt. A source told The Sun on Monday, “When she saw the finished design, she refused to take part.”

Adele, who recently FaceTimed her fans to directly apologize, allegedly described the pool as a “baggy old pond and refused, point blank, to stand in the middle of it.” The insider further explained that the pool stunt would be filled with water on the set as she was lifted up on a crane-type mechanism, creating the illusion she was floating on water.

A separate source spilled to the outlet that Adele’s residency was allegedly destined for “disaster” amid arguments with Esmeralda Devlin, one of the set designers. “In spite of the set costing millions to put together, Adele was unhappy with the result, and she made her feelings very clear to Es,” the informant shared.

“[Adele] was already nervous and the falling out sent her spiraling into a panic because she was desperate that everything should be perfect,” the source claimed, noting that Esmeralda also worked on Adele’s 2016 world tour. A separate insider insisted that the alleged rift between the pair came amid “endless changes” to the set list and running order.

“There was no real clarity around what Adele wanted for the show because of the endless changes being made to the production,” the source alleged. “It seemed that while she has always preferred a stripped-back performance, she was under some pressure to come up with a huge extravaganza.”

The insider added, “So there was a constant ricochet between those two versions of what the show should be, and it did cause some quite explosive arguments.” The so-called inside source went on to claim that most of her shows have “teething problems,” saying, “It is well known that Adele suffers badly with anxiety when it comes to performing live, so it’s hard to imagine her going ahead if she wasn’t happy.”

Adele’s Las Vegas residency, titled “Weekends with Adele”, was initially set to kick off on January 21 at the Colosseum in Caesars Palace and run through April. However, the Grammy-winning artist has promised her fans that all dates will be rescheduled.