Addison Rae, 20, is spending the last weeks of summer in style! The actress, who is set to make her debut in Netflix’s He’s All That later this month, took to Instagram to share three new photos of herself posing outside in the rain while wearing a black thong bikini that helped to showcase her fit figure. She also wore a cowboy to top off the look and hung out underneath a tree and wet pavement.

“Uh oh rain time,” she wrote in the caption for the pics. Her followers quickly commented and seemed to love the snapshots. “Now that is awesome,” one follower wrote while another simply wrote, “Wow.” A third called her “cute” and many others left heart-eyed emojis to signify their love of the pics.

When Addison’s not busy sharing awesome photos of herself, she’s promoting He’s All That, which premieres on Aug. 27. The film is the highly anticipated sequel to the 1999 film, She’s All That, starring Rachael Leigh Cook and Freddie Prinze Jr. and has the same plot of transforming an outcast student by giving them a makeover. Addison plays the same type of role Freddie played and is the one who helps transform the student, played by Tanner Buchanan. 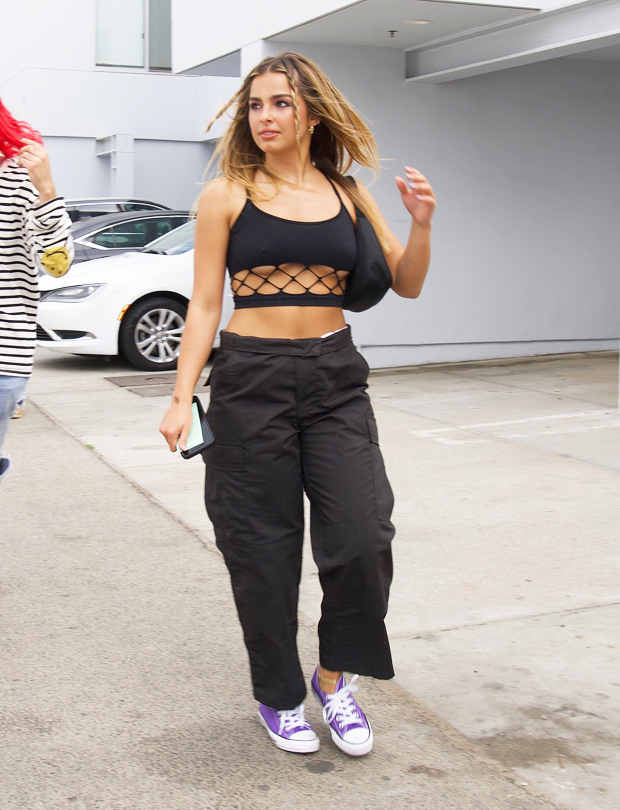 Addison’s close friend Kourtney Kardashian is also set to make a cameo in the film, which is sure to be exciting for Keeping Up with the Kardashians fans everywhere.

In addition to getting attention for her upcoming debut, Addison is getting attention for her love life. The beauty is rumored to be dating Israeli musician Omer Fedi. The two were spotted kissing in West Hollywood on Aug. 12 as Addison sat in her Tesla before entering a restaurant for lunch. The hunk has collaborated with popular musicians like Lil Nas X and Machine Gun Kelly, so he’s definitely doing well in his career.

Before the lunch outing, Addison and Omer were also reportedly seen at MGK’s concert in June and then a grocery store shortly after. Neither one of them have confirmed the romance yet.

Pregnant nurse dies from COVID-19, leaving behind husband and daughter