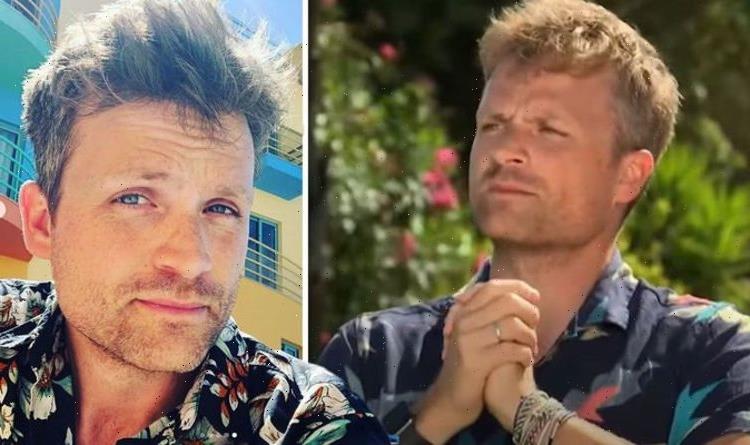 A Place in the Sun: Ben Hillman offers buyers advice on offer

A Place In The Sun presenter Ben Hillman has taken to Twitter to say that his parents were shouted at while picking up his two daughters from school yesterday. The TV host revealed that on the first day restrictions were lifted, his mother and father were targeted by an anti-masker, who reportedly demanded that they remove their face coverings.

Seriously, what is wrong with some people?? #berespectful

In view of his 5,169 followers, the star relayed the experience that he branded as less than kind.

He said: “Parents picked up girls from school as I’m in isolation.”

The star went on to reveal the Covid precautions his parents had taken, which included wearing a face mask and having the windows of their car open.

“They wore their masks in the car and had the windows open for ventilation,” he continued.

However, Ben explained that they were then targeted by an angry anti-masker who demanded that they remove their face masks.

He said: “A woman shouted at them through the window to take their masks off!

“#FreedomDay??? Seriously, what is wrong with some people?? #berespectful,” he finished the post.

One fan of the host replied hoping that the presenter was “taking care” while agreeing with his parents’ choice to keep wearing face masks.

Yesterday marked the end of most Covid restrictions around the country.

‘Freedom Day’ saw the government lift the mandatory wearing of face masks in shops and on public transport, as limits on gatherings end.

While face masks are now no longer a necessary requirement in certain areas, many shops encourage their shoppers to wear them.

The most recent guidelines for schools published by the government advise that face coverings are “no longer advised for pupils, staff and visitors either in classrooms or in communal areas”.

However, despite having removed the enforcement of face coverings “by law”, the guidance went on to encourage the population to wear them in “enclosed and crowded spaces”.

The operational guidance also said that it is “no longer necessary” for children to remain in “bubbles” and added that assemblies and lunch breaks can “resume” as normal.

Ben has revealed that he is currently in isolation following filming in Kefalonia, Greece for favourite property show A Place In the Sun.

Taking to Twitter a week ago, Ben posted a sunny, poolside selfie.

He wrote: “Beautiful laid back Greek vibes this morning, there’ll be no rushing around this week!”

In May, the Channel 4 presenter revealed that he was filming in Vilamoura, Portugal in a sun-drenched snap.

A Place In the Sun continues weekdays at 4pm on Channel 4.

I Own Too Many Shoes, and the Trendiest Summer Ones Are From a Jill Biden-Approved Brand