Home » Celebrities » A Comprehensive, Not-at-All-Unhinged Guide to Every Single One of Harry Styles’s Tattoos 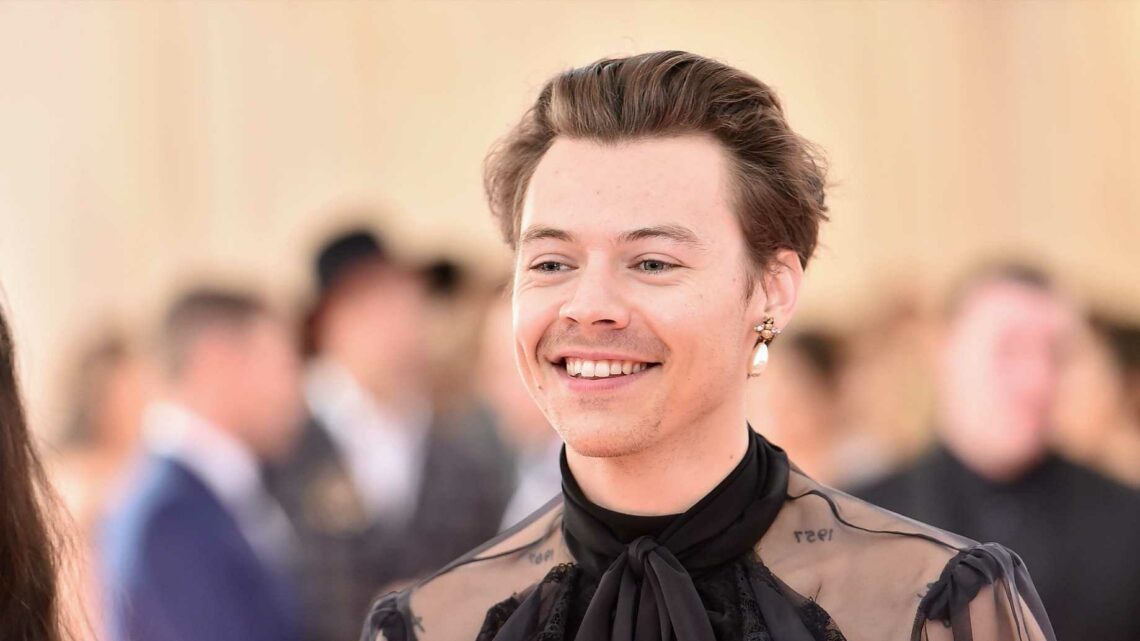 A Comprehensive, Not-at-All-Unhinged Guide to Every Single One of Harry Styles’s Tattoos

Why, yes, that is the Green Bay Packers logo! And why, yes, Harry did get it after losing a bet.

(P.S. He also has the words “don’t stop ’til we surrender” tattooed on his arm, but it’s almost entirely faded at this point—much like any hope of 1D reuniting.)

How many tattoos does your brother have dedicated to you? Oh, wait, none. Thanks for nothing, Cody*!

No idea why Harry has this tattoo, but I can only assume he’s desperately trying to say hi to me, personally.

These nails mysteriously showed up in 2013 with zero explanation and have been lurking ominously next to Harry’s armpit ever since.

You may have noticed a giant blob in this picture of Harry wearing a tutu. Turns out, it’s a tiger’s face. In case it’s been bothering you!!!

This is 007’s lucky bet when he’s gambling, and speaking of, am I alone in thinking Harry would be a good James Bond? Just putting it out there in case the universe wants to manifest it.

Hello and welcome to the year Harry’s dad was born, forever etched on his right shoulder!

Hello and welcome to the year Harry’s mom was born, forever etched on his left shoulder!

So Harry used to have a tattoo here that said “I can’t change,” but apparently, he can change because dude got it covered with a giant anchor .

Agree, unless it’s spiked hot chocolate, in which case you are clearly winning.

Pretty sure my dad has this too, so moving on.

No idea what’s up with this resplendent insect, but I’m here for it. And while we’re at it, Harry also has two fern leaves inked on his lower abdomen. Tragically, this picture isn’t, um, cropped low enough.

How very Justin Bieber of him!

In case you didn’t notice due to being too distracted by half-naked Harry Styles, your main man has a tiny guitar tattooed on his back.

Who knows what Harry was going for, but clasped hands are traditionally a symbol of equality. Love that for his arm!!!!

Again, unclear what this coat hanger means to Harry, but the tattoo is often associated with the pro-choice movement. Not saying this is what Harry intended, but it’s certainly the prevailing symbolism.

Unconfirmed, but rumor has it that you gave your heart to Harry Styles and now it’s lurking on his arm.

Harry got this one tattooed in honor of his baby godson back in 2017.

Henceforth, if you ask me a y/n question, you will be getting a photo of Harry’s knees in response.

Try not to freak out, but Louis Tomlinson has this same key tattooed on his ankle. I’m 😭.

Poor Harry once again lost a bet, this time on The Late Late Show. And now he has a permanent reminder right under his (tattoo) heart.

So apparently, Ed Sheeran tattooed this padlock on Harry’s arm back in 2012. I have…so many questions, but mostly WHY?

Unclear what the birdcage and theater masks represent, but!!! Fans think “SMCL” stands for Simon Cowell, who catapulted One Direction to fame.

In response to being asked why he got this mermaid tattoo, Harry simply mused, “I am a mermaid.” Okay! Also, nestled next to this tattoo is the letter “R,” which is apparently in honor of Harry’s stepfather Robin Twist.

Kinda hard to see it through Harry’s billowing blouse, but our dude has a tribute to his three favorite cities on his shoulder: New York, Los Angeles, and London.

Confused? Cool, same. Turns out, Pingu was a BBC kids show that both Harry and Ed Sheeran were big fans of, so they decided to get matching tattoos. Ed has an actual picture of Pingu the Penguin on his arm, while Harry has Pingu’s name right next to his armpit hair.