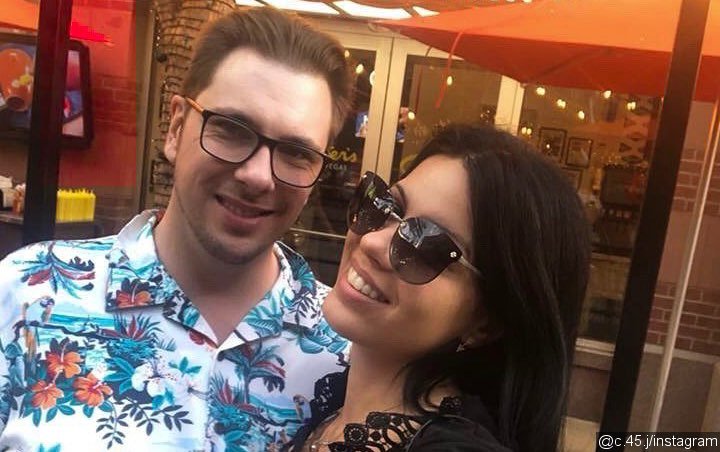 AceShowbiz –Colt Johnson has responded to cheating allegation made against him. Three days after being accused of two-timing by his wife, Larissa Dos Santos Lima, the star of “90 Day Fiance” came forward to confess that he had “definitely made mistakes.”

On Sunday, December 16, the 33-year-old posted a short video in which former president Bill Clinton confessed of his affair with Monica Lewinsky. Along with the clip, he wrote, “I have received a lot of direct messages, a lot of things said about what happened. I would like to say yes I am human and I have faults. I most definitely made mistakes but my relationship with Larissa is more than what you see on TV.”

“We are like any couple in the world with it’s ups and downs. We also have the fortunate misfortune of also exposing our selves for millions of people to dissect, diagnose and discuss,” he continued. “Yes, I have received massive amounts of attention from fans, especially women. These things mixed with a relationship that has its problems makes for a dangerous scenario.”

The TV personality went on to admit that he “crossed the line between fan and fandom.” He elaborated the statement by writing, “The reality sometimes is lost and this is something I have to handle in private. In the past Larissa and I always tried to make it up and now we will talk about our futures. I am taking the responsibility for the things I did and for the people that suffered.”

Colt and Larissa got secretly married back in June. However, the relationship seemed to quickly turn sour as news broke out in November that Larissa got arrested for domestic violence. The recent sneak peeks at “90 Day Fiance” additionally showed Larissa in a screaming match with Colt’s cousin as well as Colt telling her that she is “bat-s**t crazy.”

The drama between the two hit its ultimate height when Larissa accused Colt of cheating. On December 13, she shared screenshots of her conversations with a woman who claimed that Colt was “sending d**k pics to other woman.” She also shared a screenshot of Colt’s conversation with the said woman, writing on the image, “Colt is cheating [on] me with this girl! And have plans to use me until he finish happily ever after.”

As for Colt’s chat with the woman, the screenshot unveiled that he told the woman that they “need to stop talking for a bit.” When asked the reason why, he told her, “Because [Larissa]’s violent.” He then pleaded with the woman, “Can you just not talk to her?” After the woman agreed to his request, he wrote back, “I’m sorry honey I just have to deal with her then I’ll be free.”

After Larissa came out with the cheating allegation, Colt’s alleged mistress came out with her side of the story. Making use of her Instagram Story feature, the woman dished, “Basically what happened is a b list reality tv star has accused me of flirting with her husband while knowing they were together. He said they were separated and I stupidly believed him.”

Baby dies after being found unconscious in Hotel Pennsylvania

Get fit in 15 minutes: The best exercise to build strong legs
World News