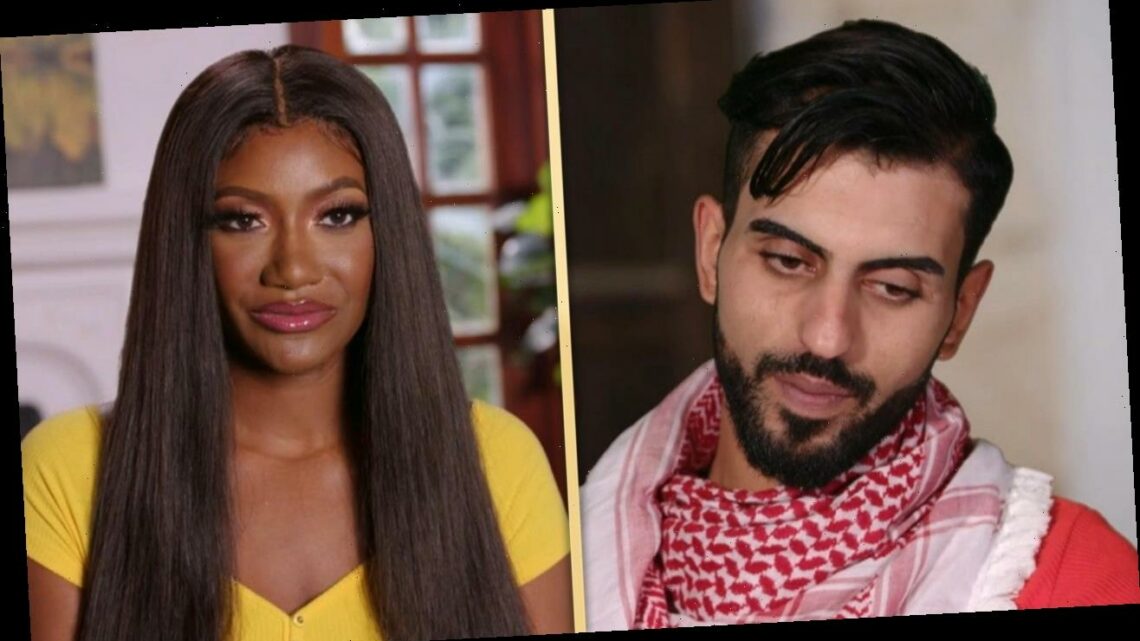 '90 Day Fiancé': Brittany Says She Was 'Stuck' With Yazan (Exclusive)

90 Day Fiancé: The Other Way season 2 star Brittany is opening up about her complicated relationship with her fiancé, Yazan, and why she feels she isn’t completely responsible for the serious risks he’s taken so far to be with her.

ET’s Melicia Johnson spoke to Brittany on Thursday and she commented on the alarming turn of events that have taken place as the season has progressed. While at first Yazan’s parents were OK with Brittany and Yazan waiting a while to get married — even though it goes against their strict Islam faith — Yazan’s dad completely changed his mind after extended family members alerted him to racy social media pictures Brittany posted in the past. Yazan’s dad not only kicked his son out of the house and fired him as a result, but he also told Yazan’s younger brother that Yazan was bringing dishonor to their family and that he would kill him if he decided to go through with marrying Brittany, noting that he himself would be Yazan’s murderer. Still, Yazan chose to stay in a relationship with Brittany.

Brittany told ET that she never asked Yazan to make these huge sacrifices for her.

“During that time, as I was dating Yazan — and I’ve been telling Yazan since I met him — if dating me is going to be a problem, I suggest you leave me and stop pursuing me,” she says. “I’ve never, ever, at any point, forced or made him make the decisions he was making. I always told him, ‘If this is too crazy, you need to not do this,’ and he would do it anyway without consulting me and then come back and tell me what he had done. I was in this position where this person kept messing their life up on behalf of me, without even considering me or what I thought about that, and I kind of felt responsible for him, even though I wasn’t really responsible in the sense.”

Still, Brittany wasn’t unaffected by the dire consequences Yazan was facing as a result of their relationship.

“It’s very heavy, especially when you find out after someone has made all those sacrifices and then told you these are the sacrifices they made, you know, it’s heavy,” she notes. “You know, because you feel like, now you’re into something that you had no part of getting yourself into, really, because you kept telling this person not to do this, not to do that, and they decided to do it anyway and then told you they did it for you. It’s kind of hard to accept all of that, you know? It’s kind of hard to process all of that.”

The Chicago native admitted the sacrifices Yazan made led her to feel pressured to stay with him.

“I just felt stuck kind of,” she says. “I felt very stuck and I felt like, very, the world was kind of crashing down around me because I never want to be in the position where somebody’s life is in danger because of the love that they have for me, and I never want to be in a position where someone is losing everything that they love because of me. I’ll definitely let that person go before it even gets to that point. I want people to be better because of me. I don’t want them to get worse. So, it was a really, really hard situation.”

Later, Brittany reflected on all of their tense relationship drama so far and she definitely had a few regrets.

“I probably, looking back, would have been more firm on my boundaries and been more firm about what I believe in, and I should have seen the signs early that that wasn’t a relationship for either one of us,” she says. “And I should have just, like, not listened to anything he was saying and stayed in my own little zone. … I think this whole experience has [told me to] stay with my first gut.”

For more on Brittany and Yazan, watch the video below.

‘90 Day Fiance’: Yazan Reacts to His Father Threatening to Take His Life

NYC man, 54, 'wanted to kill Chuck Schumer' and 'anyone that claims to be a Democrat' as well as 'blow up the FBI'