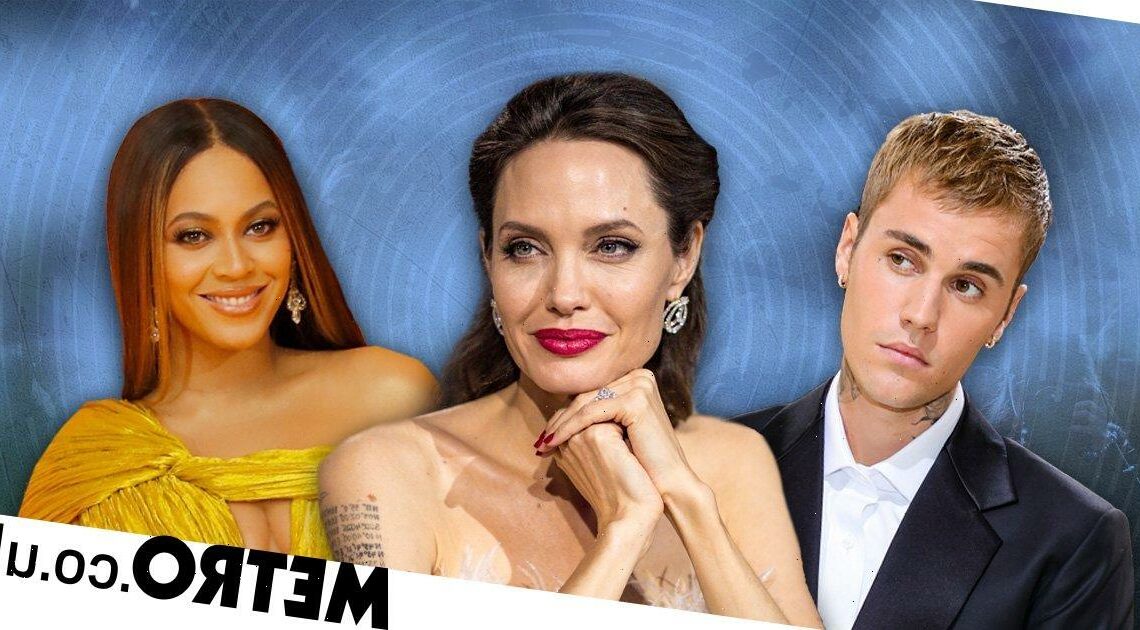 9 celebrity tips on handling stress, from Beyoncé to Justin Bieber 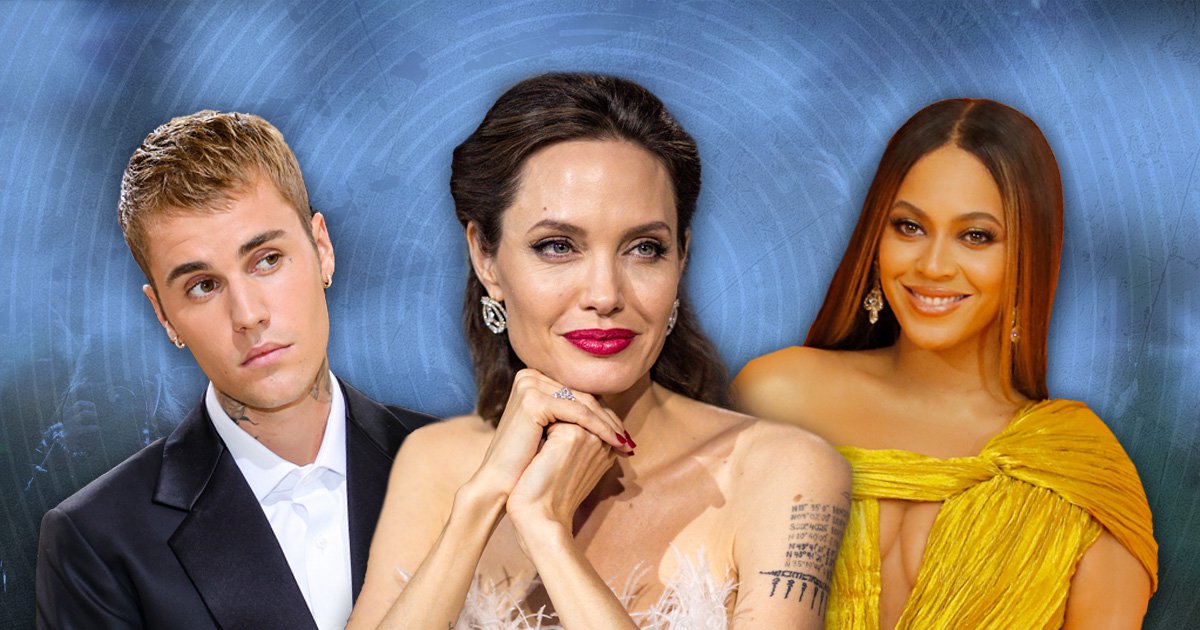 To say the past two years or so have been stressful would be a bit of an understatement and on this National Stress Awareness Day, we’re all looking for ways to manage the tricky emotion.

From worrying about our own health to that of our loved ones, fighting back isolation with social outings over Zoom, to the dreaded home-schooling, it’s been a rough ride.

While things are now, mercifully, back to some sense of normality, it’s still hugely important to find things that work to calm us down when we’re feeling stressed, so as to avoid a full-blown meltdown.

We’ve collected advice from nine celebrities, from Beyonce to Justin Bieber, on how to stay calm and relaxed.

As superstars living in the public eye, it’s fair to say they’ll have needed to become well-equipped with methods to tackle stress, or at least lessen the intensity of it.

Find out which celebrities exercise, who always makes room for naps, and who just lets out all the stress with a screaming session.

And even if some methods might seem a little out of the ordinary, we’re big believers in ‘don’t knock it til you try it’ – you may just be about to find your perfect stress-busting technique.

So, how do these nine celebrities handle stress and anxiety?

Despite ‘running the world’, even Queen Bey gets stressed sometimes, between being one of the biggest stars in the world and being a wife and mother to three young children.

Beyoncé says self-care is important, as is her diet, and she doesn’t try to be a ‘superhero’ who does it all.

She told Elle: ‘Most women have been conditioned to ignore symptoms and just tough it out and focus on taking care of everyone else before themselves. I am no longer one of those people.

‘After having a difficult pregnancy, I took a year to focus on my health. I have researched information on homeopathic medicines. I don’t just put any prescription in my body.

‘My diet is important, and I use tools like acupuncture, meditation, visualisation, and breathing exercises.’

Former Disney star and celebrated musician Demi Lovato said what works for them in keeping on top of stress is to strike the right balance between work and socialising, and to find time for family.

They also make time for naps. That would definitely work for us.

The singer told Seventeen: ‘To stay strong and healthy in the midst of the craziness, it’s really important to me to try to find a balance between work and personal time. I love what I do so much that sometimes it’s tough to tell the difference!

‘But to make sure I find time for myself, I think about my family and friends and fans who support me no matter what — it’s that unwavering love that helps me stay calm and focused.

‘When I’m on the road, I like to have dinner with friends and family and try to see some sights.’

Bridget Jones star Renée Zellweger took a long break from Hollywood as she experienced severe burnout and wasn’t taking care of herself.

Now back to making movies and appearing on red carpets, Renée, who spoke with a therapist and found it to be a big help, says the most important thing is resting.

The celebrated actor told Vulture: ’I wasn’t healthy. I wasn’t taking care of myself. I was the last thing on my list of priorities

‘I needed to not have something to do all the time, to not know what I’m going to be doing for the next two years in advance.

‘I wanted to allow for some accidents. There had to be some quiet for the ideas to slip in.’

Justin Bieber has been open about his mental health struggles, having dealt with huge amounts of stress in his career, but he’s found a method of relaxation that works, as seen in his documentary Seasons.

The Peaches singer rubs his hands over his face and head in a technique called ‘havening’.

His wife Hailey describes it: ‘Like when you’re a little kid and you suck your thumb to soothe yourself.

‘When you’re starting to feel really stressed out or just to keep yourself calm .

‘It’s almost like when you’re a kid and your mom is rubbing your back to sleep and it’s the best feeling in the world.’

Madonna has a fairly unique way of keeping stress-free, but we’re willing to bet it work: she screams.

She also surrounds herself with calm people who make her feel supported when the stress creeps up.

The Like A Virgin singer told British Elle: ‘I scream a lot!’

‘Sometimes I handle [stress] well, sometimes I don’t. I take a deep breath, or sometimes it’s nice to go run really fast on a treadmill for half an hour and get out all of my aggression.

‘And I’m surrounded by very efficient people who remind me that it’s just a job and I’m going to be okay.’

Being the mother of six children, and a celebrated actor almost constantly working on her next big film, Angelina Jolie lives far from a stress-free life.

In fact, the Eternals star says she finds it difficult to calm down because she has such a busy life, but finds hanging out with her children her most tried-and-tested stress-busting technique.

She told Stylist magazine: ‘I find meditation in sitting on the floor with the kids colouring for an hour, or going on the trampoline.

‘You do something you love, that makes you happy, and that gives you your meditation.

‘But I think it’s good I’m not somebody who needs quiet moments because I never get them. They’re very rare.’

She added: ‘ It’s actually very hard for me to calm down. It’s good for me to have a lot of chaos in my home.’

Titanic and Mare of East Town icon Kate Winslet keeps as stress-free as possible by planning things so meticulously she feels like a secret agent.

In a 2007 interview with Good Housekeeping Magazine, the celebrated actor said: ‘I plan everything in advance: who’s dropping [the kids] off, who’s picking up.

‘We have charts, maps and lists on the fridge [and] all over the house.

The former First Lady, podcast host and author knows first-hand how stressful life and career can get, and she reveals she uses exercise and music to keep the stress at bay.

She added that she listens to everything from Beyoncé to Stevie Wonder to Mariah Carey. It’s definitely hard to feel stressed while listening to All I Want For Christmas Is You.

‘If I’m ever feeling tense or stressed or like I’m about to have a meltdown, I’ll put on my iPod and head to the gym or out on a bike ride along Lake Michigan with the girls.’

‘I have a pretty eclectic mix of everything, from Beyoncé to Stevie Wonder. He’s my favorite artist of all time, so I probably have every song he’s ever recorded.’

While some turn to exercise to stay stress-free, others take the opposite route: Nicola Kidman says gratitude and sleeping in contributes majorly to her happiness, as does finding time to be with her kids and husband Keith Urban.

In an interview with Byrdie, when asked how she tackled stress and made her own daily happiness, the Big Little Lies actor said: ‘Choosing to feel gratitude, first and foremost.

‘Choosing to sleep in sometimes rather than get up and exercise – give things up so that I can have more time with my kids.

‘Making the time to go with my husband and have a date … And I’m willing always to adapt and change. I’m not rigid.’

‘I like that feeling of going, you know what? This morning, I’m just not gonna do that. I’m just gonna sit and read the paper, and we’re all just gonna kick back.

‘And I know that we have plans, but we’re not gonna do that. We’re gonna change that.

‘I have a big thing about just being easy on yourself, and on others. To go with the flow.’