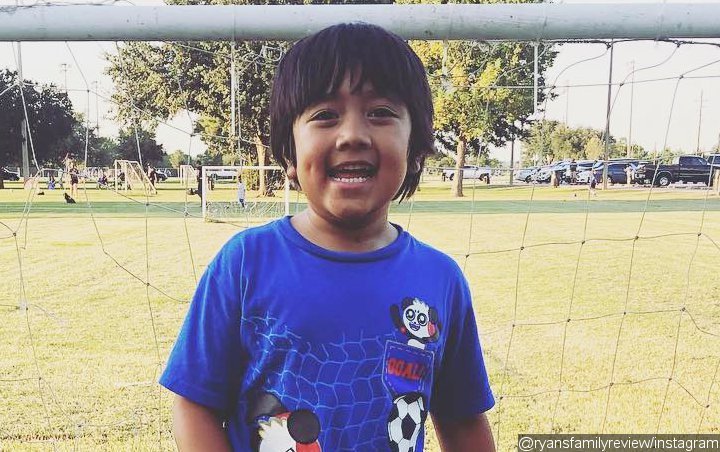 AceShowbiz –
At this era, YouTuber is one of promising jobs that will bring you million dollars once you have built your fanbase. Forbes has released the Top 10 highest-paid YouTube stars judging by their video advertising profits, merchandise deals and other sources of revenue.

Ruling the list is not your usual millionaire but a 7-year-old boy who loves toys so much that he decided to make a YouTube channel to review various of toys. Ryan ToysReview beats out the likes of Jake Paul, PewDiePie and Logan Paul with approximately $22 million, a double to his last year’s earning.

Jake Paul snags the second place with around $21.5 million. The younger brother of controversial YouTuber Logan Paul rose to fame for his appearance on “Bizaardvark” and his channel has over 17 million subscribers. He earned that much money from his merchandise business. In addition, more than 800,000 people shelled out $10 each to a watch a pay-per-view boxing match between him and fellow YouTuber KSI on the site.

Trailing behind Jake is Dude Perfect, who earns $20 million. Through their intricate trick videos, the five-man sports crew has been garnering 36 million subscribers. No. 4 is DanTDM a.k.a. Daniel Middelton. He secured the place with $18.5 million from his tour and merchandise line.

Fan-favorite Jeffree Star rounded out top five with $18 million. The makeup mogul first started his career on MySpace before joining YouTube in 2006. His earning also comes from his Jeffree Star cosmetics, which sells $100 million worth of products annually.

Markiplier and VanossGaming came in sixth and seventh places respectively. The former earns $17.5 million this year while the latter follows closely with $17 million. Jacksepticeye nabs the eighth spot with $16 million.

PewDiePie has also made into the list, placing himself in the ninth spot. Despite criticism, PewDiePie earns $15.5 million. Rounding out th top 10 is Logal Paul with $14.5 million. The YouTuber received massive backlash this year after making a controversial video that featured a dead body hanging from a tree in a Japanese forest. He was pulled from a special YouTube project but that doesn’t stop him from being included in the top 10 highest-paid YouTubers of 2018.

Cheers! 85 years since Prohibition was repealed