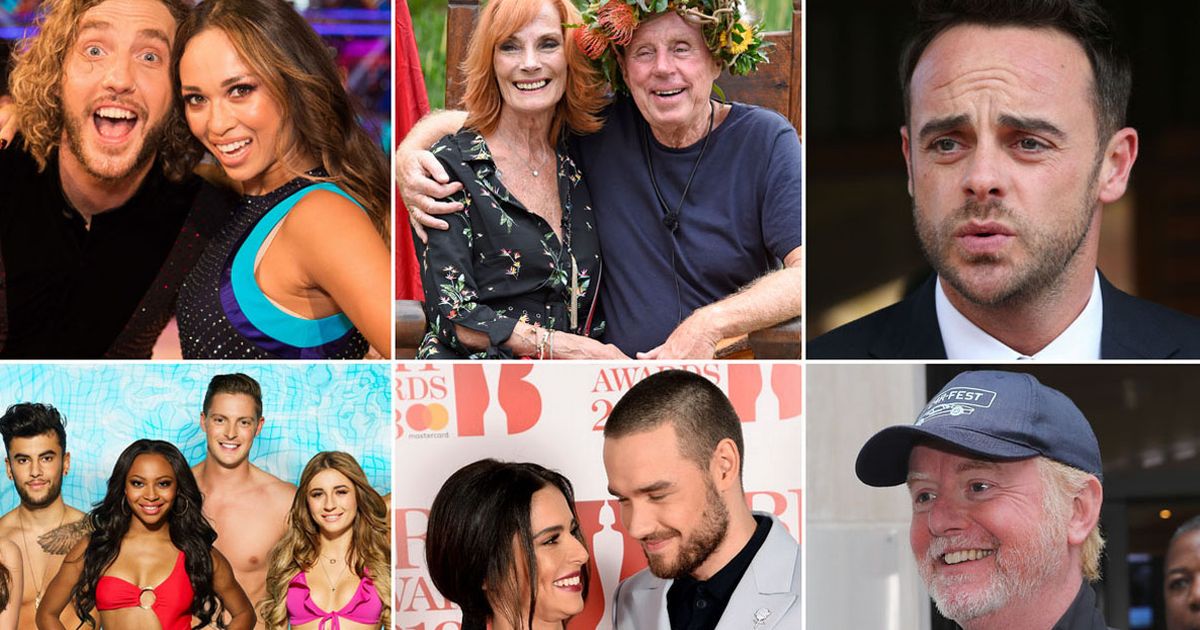 Life’s hard as a celebrity – one minute you’re up, the next you’re down.

And 2018 has certainly been a rocky one for some at the top of the A-list.

From savage splits and spats to betrayals, divorces and scandals, there’s been no shortage of high drama this year.

Fresh starts as Meghan Markle shut down her lifestyle website The Tig, Prince William bade farewell to the bald patch with his first buzz cut – and Strictly said Foxtrot Oscar to Brendan Cole.

But no goodbye was harsher than Ant McPartlin to wife Lisa Armstrong, with the statement: “Ant is very sad to announce that, after 11 years, he is ending his marriage.”

LA County Sheriff’s Department made a splash when they named film legend Robert Wagner as a “person of interest” in the 1981 drowning of his wife Natalie Wood. Officers said his version of events “don’t add up”.

On this side of the pond, Christine McGuinness was left drowning her sorrows after hubby Paddy was spotted looking friendly with All Saints’ Nicole Appleton on a night out.

But all ended well when he swore he would Never Ever play away and she landed a role on Loose Women.

Cheryl Tweedy-Cole-Fernandez-Versini insisted everything was “fine” with baby daddy Liam Payne as she continued to fight for their love at the Brit awards.

Jennifer Aniston proved once more that men are stupid after she split with hubby Justin Theroux.

BBC TV drama McMafia convinced the country 100% that James Norton would be the next James Bond.

Ant McPartlin stepped up a gear on his fall from grace when he was caught on camera emerging from a daytime drink-drive crash with a car carrying a three-year-old girl.

Ant scurried back to rehab, before getting a record £86,000 fine.

Costa Coffee opened a branch – in Corrie. Well, they need a pick-me-up after all those gloomy storylines…

The world welcomed Prince Louis but it was Princess Charlotte who made history as the first royal female not to be relegated in the line of succession by a younger brother.

ABBA announced a return to the studio after 35 years and the world temporarily seemed like a better place.

The month was all about one thing: Prince Harry and Meghan Markle’s big day at Windsor Castle. While Meghan rose to fame in a legal drama, her royal nuptials were pure soap.

Her family was NFI (not fudging invited), her dad staged paparazzi pictures then had heart surgery hours before he was due to walk her down the aisle, leaving Prince Charles to do the honours.

It was still undoubtedly the showbiz event of the year. When else would you get Victoria and David Beckham, George and Amal Clooney, Idris Elba and Elton John in a church together?

Love Island started with record viewers for ITV2 and a lesson to us all – no matter how hot you are, you can still get “pied”. (So why not sack off the gym and indulge in a few pasties?)

Celeb love lives proved just as tricky, as David Beckham’s rep was forced to deny rumours of marriage trouble as a “crock of sh**” and Ant McPartlin confirmed he was dating his PA, and wife Lisa’s friend, Anne-Marie Corbett.

Football came home a bit sooner than we’d hoped after England lost to Croatia in the World Cup semi-final.

But as the nation nursed its 50 years of hurt, Cheryl T-C-F-V announced she was now Payne free.

Sir Cliff Richard won his privacy case against the BBC after their live broadcast of the 2014 police raid on his home. The following month his new track Rise Up premiered – on BBC Radio 2.

After President Donald Trump’s July visit, we returned the favour by sending Wayne and Coleen Rooney to Washington. As the Rooneys were moving in, Trump’s alleged mistress Stormy Daniels was signing up to Big Brother.

Just as Helen Wood – who claimed a hook-up with Wayne as an escort – did in 2014. Fortunately for Trump, Stormy pulled out before she got in too deep.

But BB didn’t lose its drama in its final series ever – Emmerdale star Roxanne Pallett became the nation’s punchbag when she mistakenly accused Corrie’s Ryan Thomas of hitting her in the house.

The X Factor also returned with Robbie Williams and his brilliant-but-not-musical wife Ayda Field on the panel. Reports David Walliams will only return to BGT if his dog Bert is a judge are unconfirmed.

The future looks ginger for Virgin and the royals. Chris Evans announced he was defecting from Radio 2 and Kensington Palace said Meghan and Harry were expecting their first baby.

David Beckham hired Mr Loophole to escape a speeding penalty after doing 59mph in a 40mph zone – as the court notice arrived a day late. He was not sent down but has probably gone down in some people’s estimation.

BBC TV’s Bodyguard continued to crush ITV’s Vanity Fair in the ratings. Some 10.4 million viewers tuned in for a finale that convinced the country 100% Richard Madden would be the next James Bond.

Strictly Come Dancing no-mark Seann Walsh was caught kissing married partner Katya Jones. His girlfriend Rebecca Humphries dumped him and took the cat but he took the mickey and brazened it out on the show.

One feelgood moment: not Princess Eugenie’s This Morning wedding but Rahul Mandal’s sweet Bake Off victory.

He was booted off by viewers next week.

Reports emerged that the wives of Windsor were no longer so merry, with Meghan and Kate Middleton becoming sisters-at-war.

But the big winner on reality TV was Holly Willoughby.

She made a jungle fortune thanks to her girl-next-door likeability, reportedly splashing £19,000 on a three-bed suite on the plane ride home. Now that’s showbiz…

Who is Chris Packham? Springwatch presenter and The Really Wild Show host who has Asperger syndrome