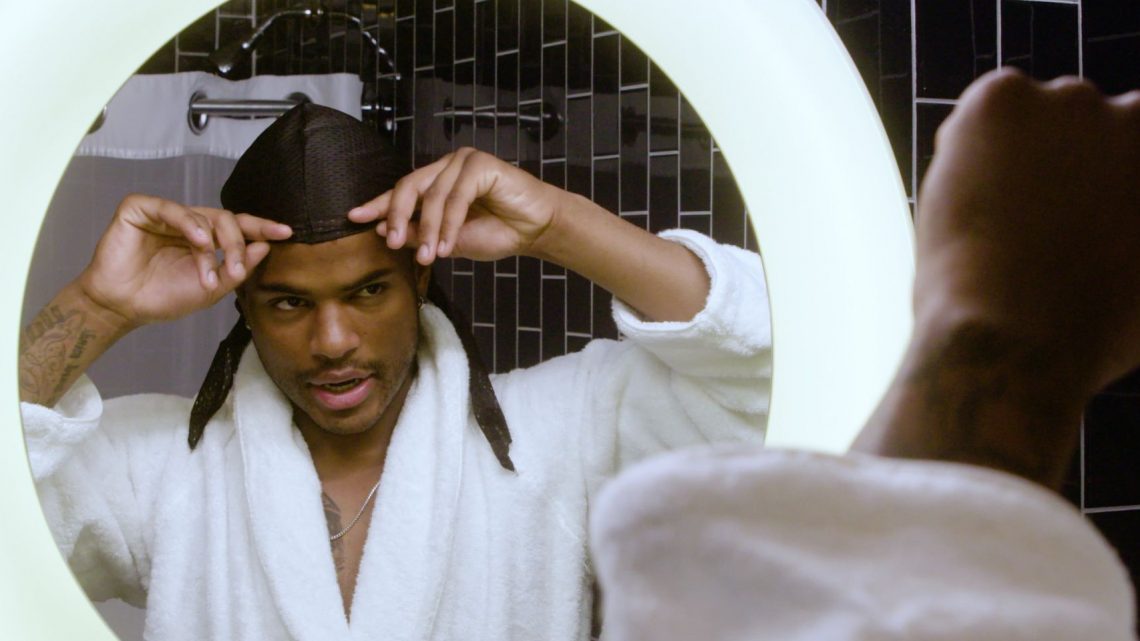 Grown-ish star Trevor Jackson is only 22 years-old, but he understands the importance of a proper nighttime skincare routine. In this episode of Go To Bed with Me, Jackson walks us through how he keeps his skin camera-ready—and his tattoos looking fresh.

Whether the LA-based actor spends a day surfing in the Pacific Ocean or wraps a long day on the set of Freeform’s breakout series Grown-ish, he never misses an opportunity to double cleanse his skin. First, he reaches for a makeup remover wipe from Scotch Porter (Fresh Meat Masculine Wipes) noting that the product’s effectiveness is apparent because he only has to wipe his face a few times instead of “19 times” which can “rub your skin raw.”

Y’all want the remix or naw

He follows this step with a dab of a second cleanser—Scotch Porter Charcoal & Licorice Restoring Face Wash—which was recommended by a friend (“I trust her skin.”). “This is very good for combination skin; it helps wherever my skin is at end of the day,” he said. Jackson likes to “knead” the face wash on his skin “going along the curvature” of his face rather than patting it into his skin.

Next up, Jackson reaches for Scotch Porter Charcoal & Licorice Moisture Defend Face Lotion which he calls “a grey mystical juice” and applies it all over his face and under his eyes.

Be true to yourself first, no second guessing ⚡️ ?: @philippebertrand1

Before he shaved his face for an audition, Jackson relied on a clean beauty staple: one to two drops of Josie Maran argan oil to keep his facial hair on point. “I think it keeps it looking not dry; It keeps it looking nice and healthy,” he says. “People often tell me that oil is good, and I’ve tried a few different oils, and this one has been good so far and smells good.”

“I don’t typically use this, but in 2019, I’m changing my ways and be healthier in all facets—skin-care included—so my groomer suggested, I’m just gonna say it: she said I have crusty lips and I’m sick of hearing it,” he joked noting that his lip moisturizer of choice is Glossier’s Balm Dot Com.

For his hair, Jackson favors American Crew Fiber, a step he admits “he does when he remembers,” and mentioned that you don’t need to use too much much since the fiber is thick.

Dear, God Use me Guide me Protect me Strengthen me Forgive me ??

Before he sported a fade, he had “large hair” and in 2018, Jackson had a ’70s-inspired haircut when he played Youngblood Priest in the Sony film SuperFly. Looking for a change, he was encouraged by Grown-ish director to cut his hair, much to the shock of those who personally know him. “It’s easier and I don’t have to do too much, just brush it a few times before bed,” he adds. “I don’t need to be the waviest of the wavy; they’re out here rattling seasick waves.” To help lay the hair down, he relies on a classic black durag, admitting that he’s a heavy sleeper who tosses and turns at night.

The final step in his no-fuss routine is to apply body oil to his tattoos “to keep them looking healthy” and so “they don’t look drawn on.” His body oil of choice is Sunshine Oil from Milk Makeup to keep his tats looking fresh and well-moisturized.

Watch the entire video above to see Trevor’s full no-fuss grooming routine, and you can shop all his favorite products, too. Don’t forget to subscribe to BAZAAR’s Youtube channel so you never miss an episode of Go To Bed With Me.