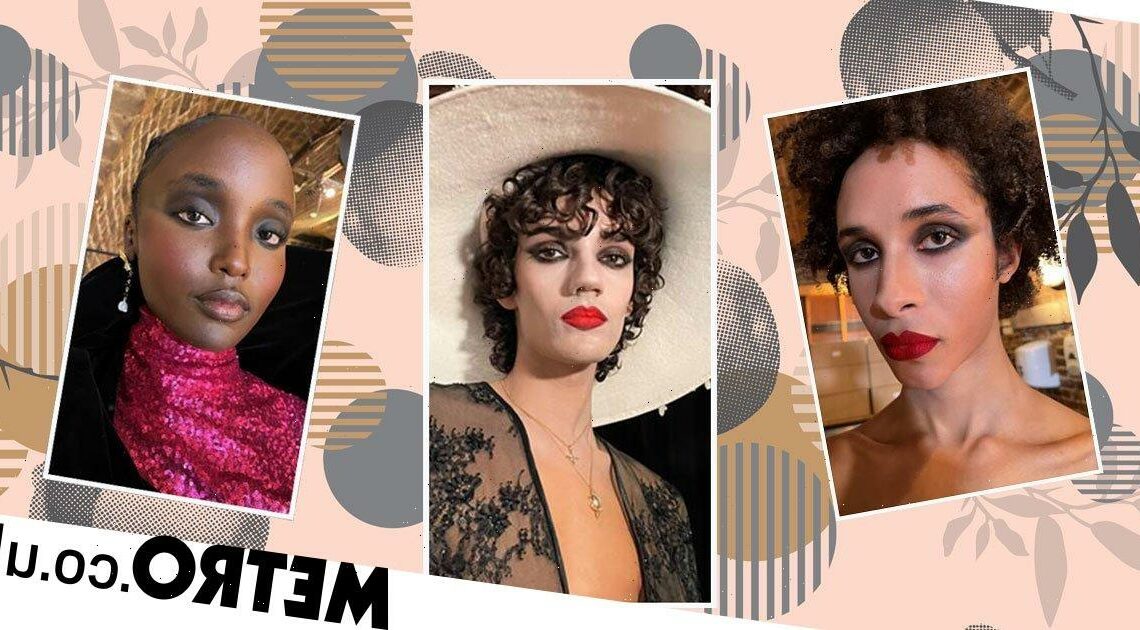 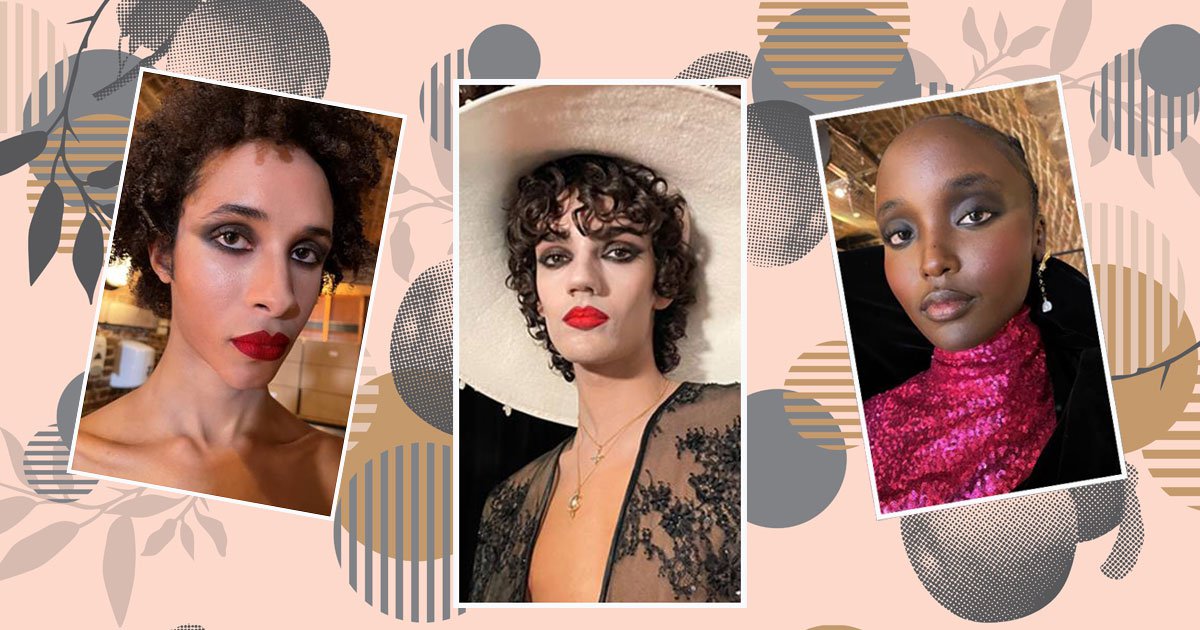 The buzz of London Fashion Week might be over, but the makeup artists that worked the shows are still off on shoots using their top products to create longwearing perfected makeup looks.

We had backstage access to Harris Reed’s runway show, at which Terry Barber was the lead makeup artist.

Working with MAC Cosmetic’s pro team, we got to see which products made the cut to be worked with on models faces – withstanding bright stage lighting and long hours.

The vibe backstage was ‘reworked glam’, taking older notions of beauty and bringing them into the present day.

Speaking to a small group of journalists, Terry Barber explained: ‘It’s a bit of 80s and 90s, and there’s a feeling for that at the moment.

‘I like exploring those as they’re almost standard templates.

‘Exploring those, tweaking them and making them new… it’s like borrowing stuff and redoing it.’

Just as fashion is having its Y2K moment, beauty is borrowing looks of yesteryear.

The focus was a sharp red lip with peaked cupid’s bow arches and blackened eyes, in an exaggerated Hollywood glam style that’s easily adapted for everyday wear just by dialing back the colour intensity.

Terry used MAC’s Retro Matte Liquid Lip in Feel So Grand, saying ‘to me it’s pure 80s’, along with Paint Pot in Black Mirror, which can double up as a liner and shadow.

To create flawless skin, Terry used MAC’s Face and Body – a long-loved makeup artist favourite that can be worn lightly or layered on.

He says: ‘I used face and body as you can put quite a lot on, it’s not just a tint.

‘Then we used the Studio Finish Conceal and Correct Palettes.

‘We did a warm base with face and body, then a cooler concealer and did a triangle under the eyes, a T on the forehead and T-zone, a dot on the chin.’

Finally, he added a touch of black in the hollows of the models’ cheekbones to emphasise any natural shadows, then smoothed over everything with powder to blend it in.

This article contains affiliate links. We may earn a small commission on purchases made through one of these links but this never influences our experts’ opinions. Products are tested and reviewed independently of commercial initiatives.