Home » Beauty » South Korea is obsessed with beauty. Some women want to change that 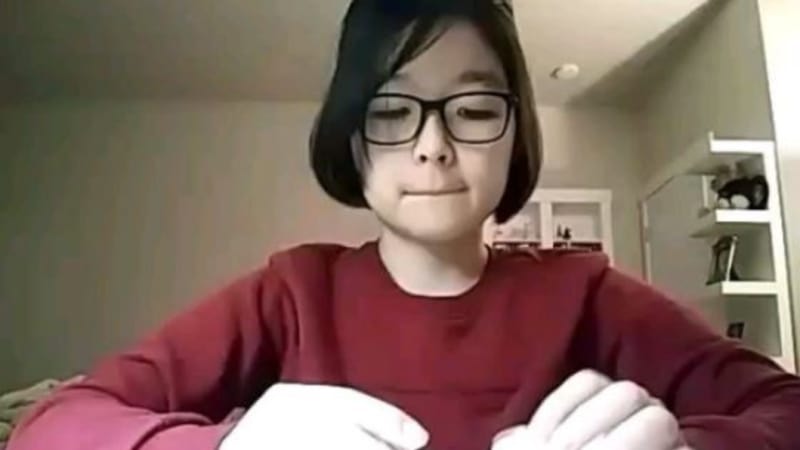 South Korea is obsessed with beauty. Some women want to change that

Kim Ji-yeon knew she wanted plastic surgery when she was seven. For the next 13 years, she destroyed photos of herself until her parents paid for double jaw surgery, a procedure that requires breaking the jaw to realign it.

Then Kim started to question why she devoted so much — $US200 ($277) a month and two hours a day, she calculated — to her appearance. She cut her hair short. Then she crushed her makeup into pieces.

Kim, 22, is one of a growing group of South Korean women rebelling against their society's rigid beauty standards — a push they call "Escape the Corset". Inspired in part by the global #MeToo movement, which has shaken up politics and society in South Korea's deeply patriarchal culture, the women are challenging long-accepted attitudes about plastic surgery and cosmetics in one of the world's most beauty-obsessed capitals.

"Misogyny is more extreme in South Korea, and the beauty industry has made it worse," Kim said.

Beauty is big in South Korea. It has the world's highest rate of cosmetic surgery per capita, and it keeps rising. It has become a destination for nip-and-tuck tourism. The beauty market — cosmetics and facial care products like masks — generated $US13 billion ($18 billion) in sales last year, according to Mintel, making it one of the world's top 10 beauty markets.

While men are an increasing part of the market, the beauty pressure is aimed mostly at women. K-pop stars who often get extensive cosmetic surgery are held up as the standard. YouTube celebrities with millions of followers offer elaborate tutorials on how to apply makeup. Women are bombarded with ads across buses, in subways and on TV.

"Born pretty?" reads one in the Seoul subway. "That's a big fat lie."

"We go through 12 steps just to put on the basic products before we even apply makeup," Kim said. "That basically defines the problem."

Women are now pushing back. This summer, tens of thousands gathered to protest against sexual assault, the proliferation of spy cameras taking voyeuristic videos of women and the harsher standards they face in other aspects of society, from beauty to the law.

Bae Eun-jeong, known as Lina Bae, was a YouTube star who gave beauty tutorials. After hearing about the anti-corset movement earlier this year, Bae, 21, took a closer look at the comments on her YouTube channel. Many were from young girls who said makeup gave them the courage to go to school.

"I realised there was something very wrong," Bae said. "I wanted to do a new kind of video to tell them that it's okay not to make yourself up."

In June, Bae uploaded a video in which she goes through the laborious process of applying creams, foundation, eyeliner and fake eyelashes. A series of simulated messages like those she has received in the past scroll across the screen. One says: "Your eyes are freaking uneven." Another one: "I would kill myself if I were you."

Then she takes off all the makeup and tells the viewer, "Don't be so concerned with how others perceive you. You're special and pretty the way you are."

The video has been watched 5.5 million times. Bae's YouTube followers jumped to nearly 147,000 from 20,000. A publisher asked her to write a book. She has since cut her hair short and stopped wearing makeup, saving nearly $US500 ($690) a month. Now her videos focus on cooking and sharing ideas.

Cha Ji-won, a video content creator at an urban renewal company, joined the movement earlier this year and created her own YouTube channel, which now has 30,000 followers. Cha, 22, once thought that spending as much as $700 ($970) on makeup each month was not enough. Now she has turned her makeup into slime to play with.

"They are sort of like toys, like crayons," said Cha. She used to feel like a second-class citizen, she said, but now that she has stopped wearing makeup "people listen to me when I say things".

The movement has sparked an ugly backlash.

Bae, Kim and Cha, who all have bowl haircuts characteristic of the movement, say they have become targets of verbal abuse and death threats. Kim was told by two prospective bosses that she did not look feminine enough. Feminists talk about their peers "coming out" publicly because many prefer to stay anonymous.

"The violence against people who leave the mainstream path is very intense in South Korea compared to other countries," said Seo Sol, 26, who has a YouTube talk show about feminism called Because There Is Too Much to Say.

Yim Hyun-ju has experienced the criticism. The 33-year-old anchor at Munhwa Broadcasting Corporation, a national broadcaster, decided to wear her glasses on her morning news show on April 12. Her fake eyelashes were making her eyes so tired that she was going through a bottle of artificial tears every day.

It became an online sensation. "I did not think it would become news," Yim said.

Yim's producers reproached her. Viewers wrote to complain. But women came up to her in public to thank her. Now Yim wears her glasses from time to time, an act that she says sends viewers a message to judge her based on her competence and not her appearance. But she doesn't want to be identified as part of any movement.

"If I could act freely, I would apply makeup less," Yim said.

"But I'm stuck between my mind and heart, which says one thing, but there is the reality of my job," she added.

Many women in the anti-corset movement credit their actions as having had a small impact on the makeup industry. One recent ad, for the Missha cosmetics brand, features a short-haired model and one with freckles. "Get out, expose your flaws and follow your own standards rather than others'," it says. Still, they note, the women in the ad largely stick to Korean beauty standards — and the women are wearing makeup.

Kim Hong-tae, a spokesman for Able C&C, which owns the Missha brand, said the ad was meant to convey "that there is no predetermined standard of physical appearance".

And the social pressure to wear makeup and have a small, heart-shaped face is still strong. Im Soo-hyang stars in a Korean drama called My ID is Gangnam Beauty, about a young woman who has plastic surgery and grapples with image issues. The name refers to the upscale Gangnam district in Seoul, where plastic surgery clinics line the streets.

"I can't say I'm free from being conscious about people paying attention to me because of the nature of my job," Im said during an interview at a hair salon in Gangnam. "Look at me. I have my hair done, I'm wearing makeup, I have my nails done and I'm wearing pretty clothes."

She smiled, then added, "I cannot be liberated."