Home » Beauty » Hair-raising: Is the idea of not shaving your armpits still taboo? 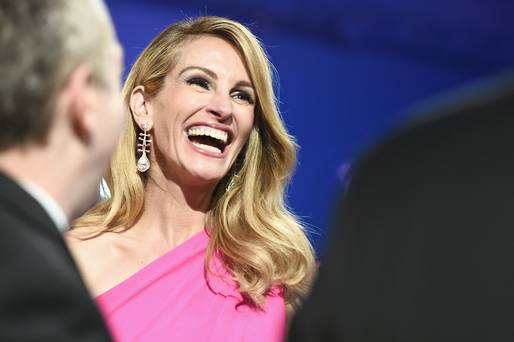 Hair-raising: Is the idea of not shaving your armpits still taboo?

It was around this time 20 years ago that America’s sweetheart, Julia Roberts arrived on the red carpet for the London premiere of Notting Hill.

The A-list actress was there to promote the movie ahead of its opening weekend, but when she lifted her arms to wave to the crowd, the sight of her unshaven armpits started another conversation entirely.

We now know that Roberts’ ‘feminist statement’ wasn’t intentional. Speaking to an interviewer last year, she explained that she simply hadn’t calculated her sleeve length.

At the time, however, her seemingly blasé display of armpit hair was viewed as a feminist call to arms. She was the first female celebrity to unashamedly embrace body hair on the red carpet and a media firestorm promptly ensued.

Twenty years on, and attitudes have changed considerably. Research from Mintel reveals that one-in-four women under the age of 25 have stopped shaving their armpits, while poster girls like Miley Cyrus, Paris Jackson and Bella Thorne are regularly photographed going au naturel.

Brands like & Other Stories, H&M and Adidas have got in on the act by embracing female body hair in their ad campaigns and social media movements like #Januhairy are encouraging women to ditch the razor and grow out their body hair. Victoria Beckham might have opined that Brazilian waxing “ought to be made compulsory at 15” back in 2003, but nowadays we have body-positive spokeswomen like Cameron Diaz offering sage advice. “Let’s be honest: just like every other part of your body, your labia majora is not immune to gravity,” she pointed out in The Body Book. “Do you really want a hairless vagina for the rest of your life?”

There is no doubt that a shift has occurred, and Galway-born author and academic Emer O’Toole has been watching it with particular interest.

Emer, an associate professor of Irish performance studies at Concordia University, pushed buttons in 2012 when she revealed her armpit hair on the This Morning show before explaining why she had given up shaving and waxing.

It was a bold move, and while her choice was celebrated in some quarters, it was described as “disgusting” and “revolting” in others.

“I think the conversation around body hair has evolved considerably since I appeared on This Morning,” she says. “And, while of course this must be conjecture, I don’t think the reaction would be as extreme today – we simply have more examples of female body hair in visual culture.”

Emer goes on to cite the work of academic Karín Lesnik-Oberstein who, along with a group of contributors, explored the “prejudice, disgust and horror” that female body hair elicits in The Last Taboo. The book, which was released in 2006, is highly influential in feminist circles, but what’s interesting is that it almost didn’t make it to print.

Karín spent 20 years pitching the book to 40 different academic publishers who either found the subject too niche or too controversial.

“I had publishers laughing at me on the phone telling me this was a ridiculous topic,” she recalls. “I had publishers saying to me that this was extreme feminism and there was nobody who would possibly be interested in it.”

The author eventually got an enthusiastic reaction from Manchester University Press, and while she continues to see “some movement” in our attitudes towards female body hair, she notes that these things can be cyclical. “It just reconfigures,” she explains, “even when there are certain areas that seem more flexible.”

It’s an interesting point, especially when considered alongside the rise of male hair removal. According to Mintel, as many as 46pc of men removed hair from their bodies (underarms, chests, backs etc) in 2018, compared to 36pc in 2016.

A spokesperson from Thérapie Clinic confirms that laser hair removal is on the rise among Irish men – mainly for the chest and back area and sometimes for the pubic area.

Elsewhere, Dublin-based male grooming expert Stephen Thomas has noticed a spike in the number of male clients booking in for waxing treatments on the recommendation of their girlfriends and spouses.

“Even just today, I had an email from a woman who wanted to get a back wax done for her partner,” he says. “Women tend to make the first move in that way or they’ll definitely suggest it. Sometimes, for men, it’s so out of their mind that they wouldn’t even know they needed it done until it was said to them.”

Our attitudes towards body hair have certainly evolved – that much is for sure – but one wonders if the stigma has simply been shared around rather than stamped out.