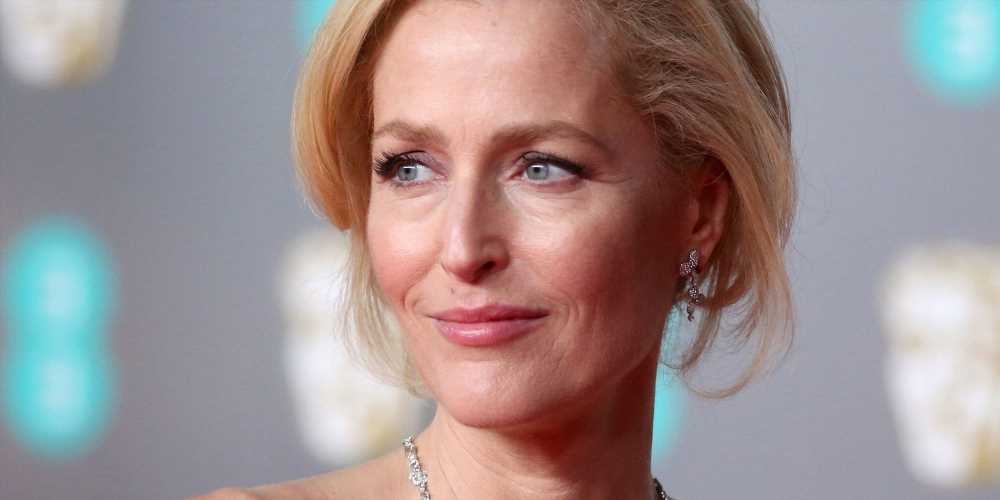 Gillian Anderson Once Called This $41 Moisturizer "Better Than Fancy Creams"

Gillian Anderson is a marvel. Armed with phenomenal acting chops, she seamlessly transitions from portraying Margaret Thatcher to a sex therapist on Sex Education — and as someone who recently finished watching the latter, I can't stop thinking about how this is the same person who once made hordes of people (reluctantly) want to believe in aliens on the X-Files. It helps that Anderson's also just cool as hell; who else would wear tiny penis-shaped charms to the Emmy's? No one. So craving more Anderson intel, I did some digging into her beauty routine.

The star posted on Instagram in 2019 that her look on the Sex Education set is thanks to Charlotte Tilbury's Magic Foundation and blush, along with the brand's mascara and Bobbi Brown eyeshadow. Skincare-wise, she shouted out Sarah Chapman's Skinensis range — and while the line is somewhat difficult to find in the U.S., Anderson's also previously mentioned her love for Clinique.

"Even with all the fancy creams I've been gifted over the years, once I started seeing that my skin was suffering, I began to pay more attention to it," she told New Beauty in 2016. "There's a Clinique Moisture Surge Gel which is kind of extraordinary for application in the afternoon, if you're starting to feel like you're drying up and need some hydration." "It's been a long time since I've used a product where I can see results the same day," wrote one Nordstrom shopper. "[It] visibly plumped fine lines and wrinkles to create a smooth look, both alone as well as under my makeup. Nice clean fragrance that isn't overbearing. Love this product."

Another reviewer seconds the "soft and dewy" look it imparts, and one more person highlights the fast, lasting results. "In just a short week, I've already noticed that my fine lines and wrinkles look less prominent, and the redness in my skin is minimized. Basically, this stuff helps remedy every single one of my complexion concerns."

The oil-free formula especially wins fans among those with combination and dry skin — a rarity for gel creams, which typically work best for those on the oily side of the spectrum. "Moisture Surge 100 Hour is the best moisturizer I have used on my combination/dry skin in a long time. Within minutes, I looked rested and refreshed," a penultimate shopper wrote. "My skin was glowing with more hydration, decreased fine lines, and smaller pores." A last person comments, "My dry patches and fine lines disappeared. My skin looks and feels so much younger."

I'd be surprised, but it turns out Anderson's judgment is sound across the board. Get her moisturizer for $41 at Nordstrom. Sonny Bill Williams: Why I got married despite not being in love