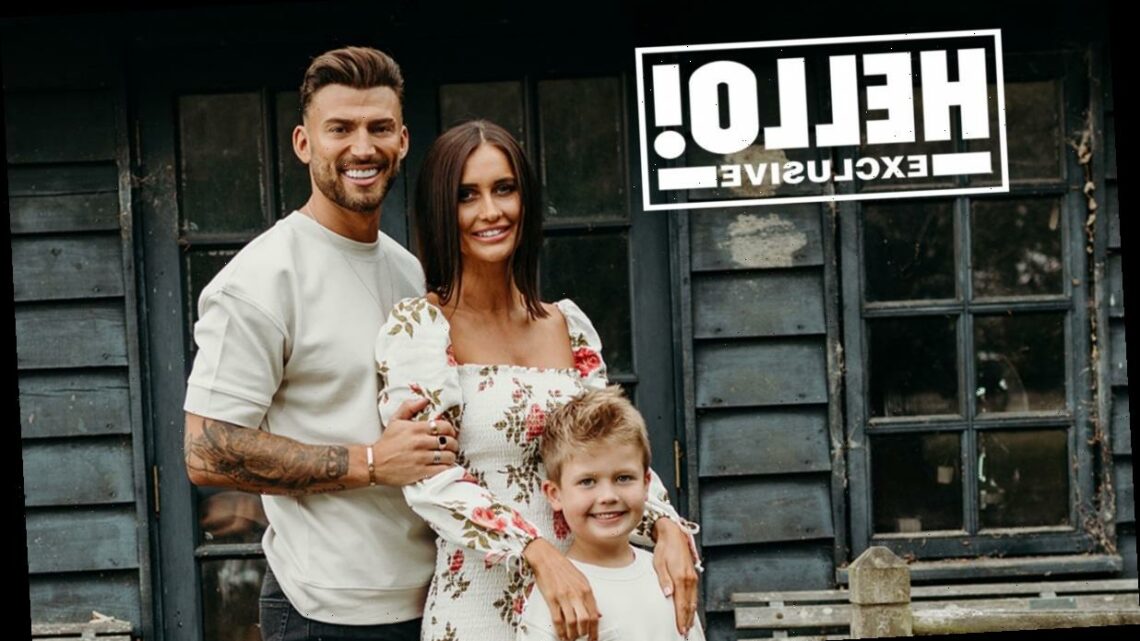 In an exclusive interview and photoshoot with HELLO! magazine, Dancing on Ice champion Jack Quickenden and his girlfriend Sophie Church reveal they are expecting their first child together.

“I’m so excited to be a dad. It’s something I’ve always wanted to do and I feel completely ready for it,” singer and songwriter Jake tells HELLO! exclusively.

This will be Jake’s first child while Sophie already has son Freddie, six, from a previous relationship. And beauty therapist Sophie says her son and boyfriend have a brilliant relationship.

WATCH: Sneak peek as we go behind the scenes with Jake Quickenden

“Jake will be such an amazing dad,” says Sophie, 27, says. “Just seeing how he is with Freddie, I know that he will be brilliant and completely hands on.”

Former X Factor Jake, who is still writing and releasing music independently and has more yet-to-be announced TV work coming up later this year, adds: “Freddie is a little legend. He’s like my best mate. I met him when he was four, but I don’t say that I’m his dad because I’m not and he’s already got a really great dad. He’s got me used to being around kids and it will be so nice to have my own child, too.

“I hope it will like sport and I can teach it everything my mum and dad taught me. I’m excited for everything, apart from the nappies. I’m not sure I will ever get used to that. And I’m a bit nervous about not knowing what to do. Babies are so little and vulnerable.

This is set to be Jake’s first child

“But a few of my friends are having babies at the same time, including my best mate, so we will be the dads at the park, not really knowing what we’re doing but trying our hardest.”

In the interview, the couple also reveal their heartache at suffering a miscarriage last year. “Even though I was only six weeks pregnant it really hit me hard,” Sophie says. “With this pregnancy we still carry that worry, so it was nice to have the scan and know that everything is okay.

“We had been trying for a year and a half and I was doing ovulation tests and everything and Jake said: ‘Stop putting pressure on us, it will happen when it’s meant to happen.’ But when you really want something it’s so hard to not feel disappointed every month.”

To read more, pick up the latest issue of HELLO! out on Monday