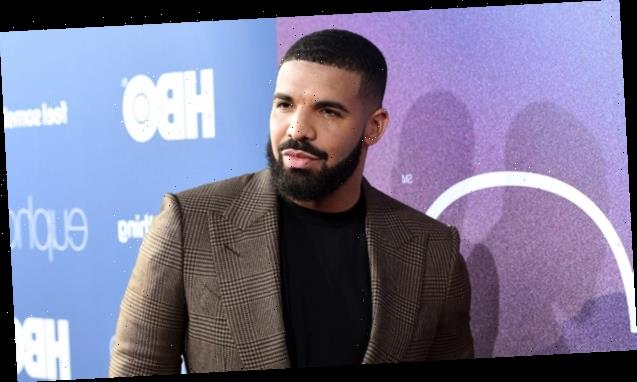 What in the name of 2021 is going on with Drake’s hair? He debuted a new front-swept style that might be Photoshopped, and fans are saying he put a ‘curse’ on the new year with his questionable hair makeover.

Drake dropped something new for fans to kick off 2021, and it wasn’t new music. Instead the 34-year-old rapper shared a photo to his Instagram stories on Jan. 2 showing off a new hairstyle. Drizzy even captioned the photo “Big Mood,” but he quickly deleted the snapshot. Now he has fans wondering if the front-swept longer hair with bangs and a heart shaved into it is the real thing or a photoshop prank. Here is Drake with his normal close cropped hairstyle, versus what he shared on Jan. 2, 2021: 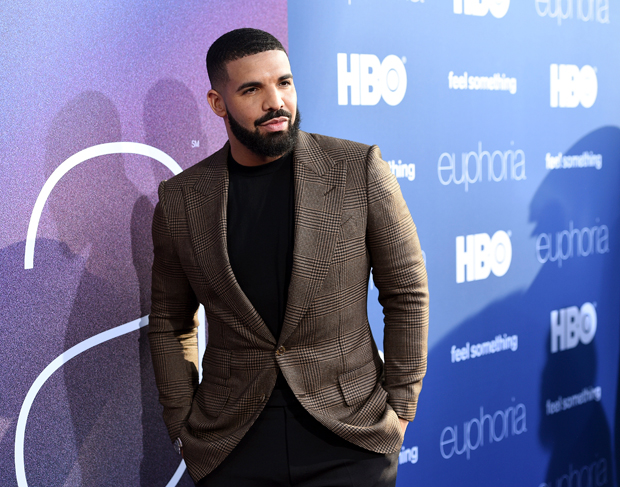 Drake’s dark, thick beard was in place as usual. But the hair atop his head looked longer and noticeably softer. He was seen wearing an OVO tie-dyed sweatshirt instead of a barber’s gown, but there was a marble countertop behind him that could have been from inside a hair salon.

At lesat one fan was convinced the hair is the real deal. Twitter user TheGibronTheory commented, ‘Hey Yo!!!! I saw this haircut n chuckled thinking it was photoshop click bait n I was gonna see another haircut like a fade. I fell out when I realized this was the real haircut. WTF is my dude Drake doing?!? This better not catch on with this questionable young generation.”

Others saw the photo and responded with memes that there’s no way Drake would have done a forward sweep to his hair, even though he has had a heart shaved into his buzzcut in the past. @onedayweon asked, “its not photoshopped??” while
@BobKubiszyn tweeted, “Lmfao no way he did that.”

Others thought that Drake was channeling other stars with his new ‘do, and not in a good way. Some users compared his front-swept hair to former Real Housewives of Atlanta star NeNe Leakes, as well as singer Demi Lovato‘s new front-swept on the top, cropped on the sides hair makeover. @tiafp20 commented, “Sh*t looks like a @justinbieberhaircut from 2011.” Which actually isn’t all that far off!

Fortunately an intrepid fan came to the rescue with possible proof that Drizzy rang in 2021 looking like his usual self with his short cropped hair. He was seen in a New Year’s Instagram photo alongside several of his top OVO execs. Drizzy did fly in to the Bahamas for the holiday on his private jet with a crew of pals, as he was later caught on video by fans and his hair looked the same as it usually does.