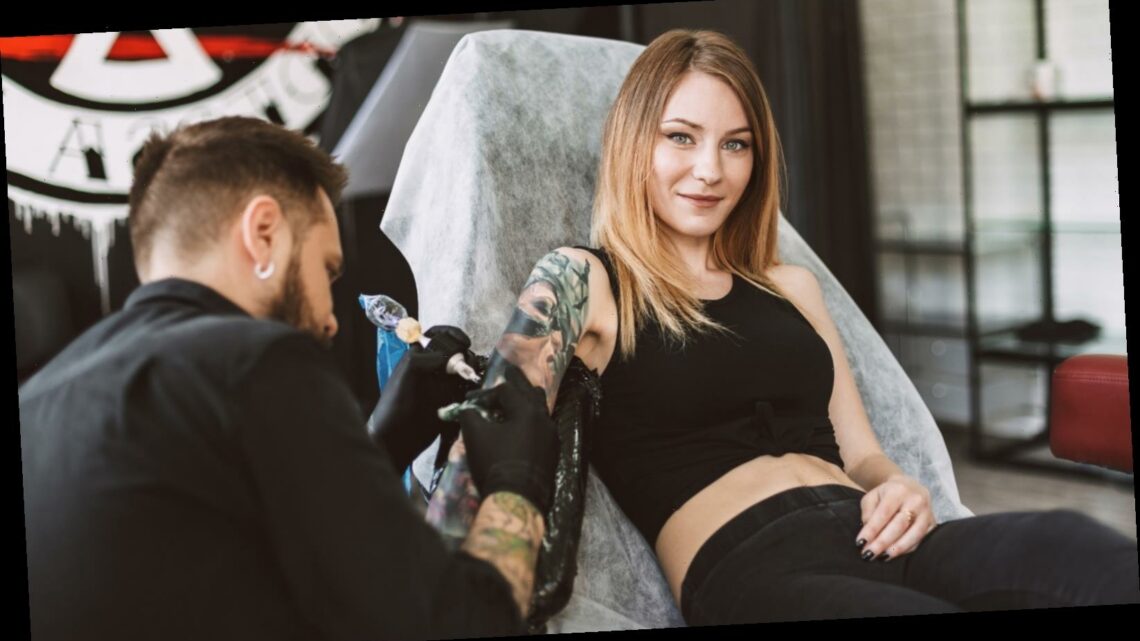 Do tattoo removal creams actually work? Regretting getting that tattoo of your ex-lovers name? Perhaps you had a lapse in judgment, or went for an aesthetic you’re no longer into? Despite the fact that many folks fear the permanency of tattoos, as it turns out, tattoos don’t actually have to stick around forever. So don’t worry — we’ll get that YOLO tattoo off you ASAP.

Unfortunately, having tattoos removed isn’t as easy as you might hope. “When you get a tattoo, you are basically instilling large globs of pigment in your skin that your little Pac-Man cells called macrophages cannot engulf and take away,” dermatologist Bruce Robison explained to Today. “The size of the pigment makes it difficult to take the pigment away unless made into smaller sizes by a laser.” So naturally, the removal of a tattoo can be a challenge. But luckily, there are multiple options to choose from. Here’s everything you need to know about tattoo removal.

Since laser removal can be an expensive and painful way of removing tattoos (via Glamour), people tend to gravitate towards other options, such as tattoo removal creams. Keep reading to find out if these creams are actually a reliable method of removing tattoos, or if they leave more to be desired.

In theory, a cream or ointment that has the ability to remove a tattoo sounds great; they’re cheap, painless, and easy to get your hands on. Sound too good to be true? We think so too.

If you’re committed to this method, it might be a good idea to modify your expectations. If you’re hoping to completely remove the unwanted tattoo in its entirety, a cream might not be best for you — at best, they are only effective as far as fading the tattoo (via the Mayo Clinic). That’s something to consider before you get a tattoo.

Additionally, the most common active ingredients in these creams are trichloroacetic acid (TCA) and hydroquinone; trichloroacetic acid is “a peeling agent that causes the skin to shed by chemically burning away its outer layer,” while hydroquinone “impedes the body’s production of melanin.” That causes skin to lighten, which is why professionals use it to treat liver spots and other blemishes (via Dermacare).

According to Heathline, the ingredients in tattoo removal creams are mostly just chemicals. While trichloroacetic acids are approved by the FDA, their use in creams isn’t. In fact, there isn’t a single tattoo removal cream that’s been FDA approved on the market, which means side effects are likely, including redness, rashes, burning, peeling, permanent scarring, permanent skin discoloration, and inflammation. All of these possible side effects and not even any promise of tattoo removal?

If you’re absolutely set and having your tattoo removed — and not just covering it with another tattoo, Pete Davidson style — laser might end up being your best bet. Dermatologist Dr. Paul Jarrod Frank told CNN that lasers are the most effective way to remove a tattoo. It seems that the way to go is “quality-switched, or Q-switched, lasers, which have become widely used in the last decade,” he explained. “The beam of light searches for contrast between skin tone and ink and pulses intensely on the skin to break the ink down into particles small enough for the body to absorb.” But in the end, according to Dr. Frank? No treatment is foolproof.

So maybe for now, let’s lay off the couples tattoos? Or perhaps just stick with henna tattoos until you can make up your mind.