Home » Beauty » Before You Break Out The Gloves, This TikToker Warns About A Dangerous Hair Dye Allergy 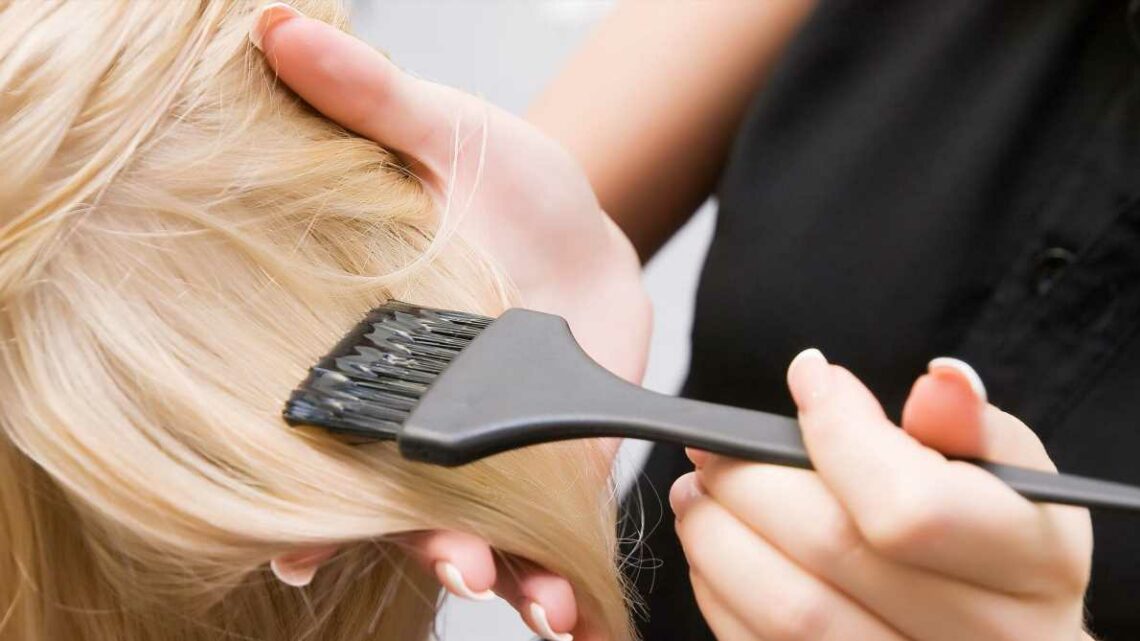 Before You Break Out The Gloves, This TikToker Warns About A Dangerous Hair Dye Allergy

In a viral video, one 19-year-old TikToker is sharing her experience after a hair dye session gone wrong sent her to the hospital. Seraya Ellison, who uses she/they pronouns, is warning others to be careful after they discovered they had an allergic reaction to a chemical often found in dark hair dye.

In the clip, Ellison and a friend are waiting for their hair dye to process. Then, a series of pictures of Ellison in the emergency room flashes across the screen. “Always patch test before dyeing your hair,” she wrote in the TikTok, which currently has over 30 million views and more than 4 million likes.

“I dyed half my hair black on July 15. I’ve been dyeing my own hair for 13 years, so I am used to my hairline and ears getting a little irritated when using cheaper dyes. I did not pay too much mind to it, assuming the dye got onto my skin and would take a few hours to heal itself, like it usually has in the past,” Ellison told BuzzFeed.

“The next morning, I woke up to my boyfriend yelling and asking me what happened to my face. I looked into the mirror and saw that the right side of my forehead was swelling.” Ellison said they weren’t too worried at first, so they took some Benadryl and headed off to work. But by the time she got home, the swelling was getting worse by the minute, so her mother rushed her to the emergency room. 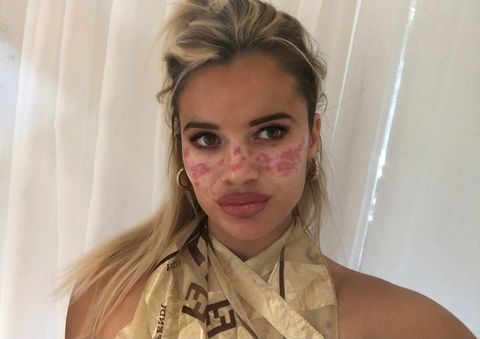 Their symptoms included a swollen forehead and eye, scalp tenderness, chemical burns, and numbness in their face, per BuzzFeed. She said one doctor told her they had “never seen anything like this before.” A dermatologist gave Ellison a serum for the burns, but nothing else—so she and her mother drove to an urgent care two cities over for a second opinion.

“I was given steroid pills that I would need to take twice daily for four days, and they also recommended to take Benadryl and use ice packs,” they said. Doctors told Ellison that she had developed an allergy to a chemical called paraphenylenediamine. Also known as PPD, it’s often found in dark hair dyes.

Most of Ellison’s swelling went down after a few days, per BuzzFeed. In a second TikTok, she confirmed that she is now “fully better,” after waiting five days for her face to fully heal.

“What happened to me was really scary to experience, and I’m so lucky that my reaction wasn’t as bad as it could have been,” they said. “I wanted to share this video with TikTok to help advise people to be very careful with directions when dyeing their own hair, and make sure salons do patch tests with consultations if the option is given.”

Board-certified dermatologist Dr. Geeta Yadav told People that allergies like Ellison’s can develop over time. “People think, ‘I’ve been using this hair dye all my life. I don’t understand why I have this problem now.’ But you develop a sensitivity over time,” she said, noting that Ellison likely discovered contact dermatitis due to the dye. 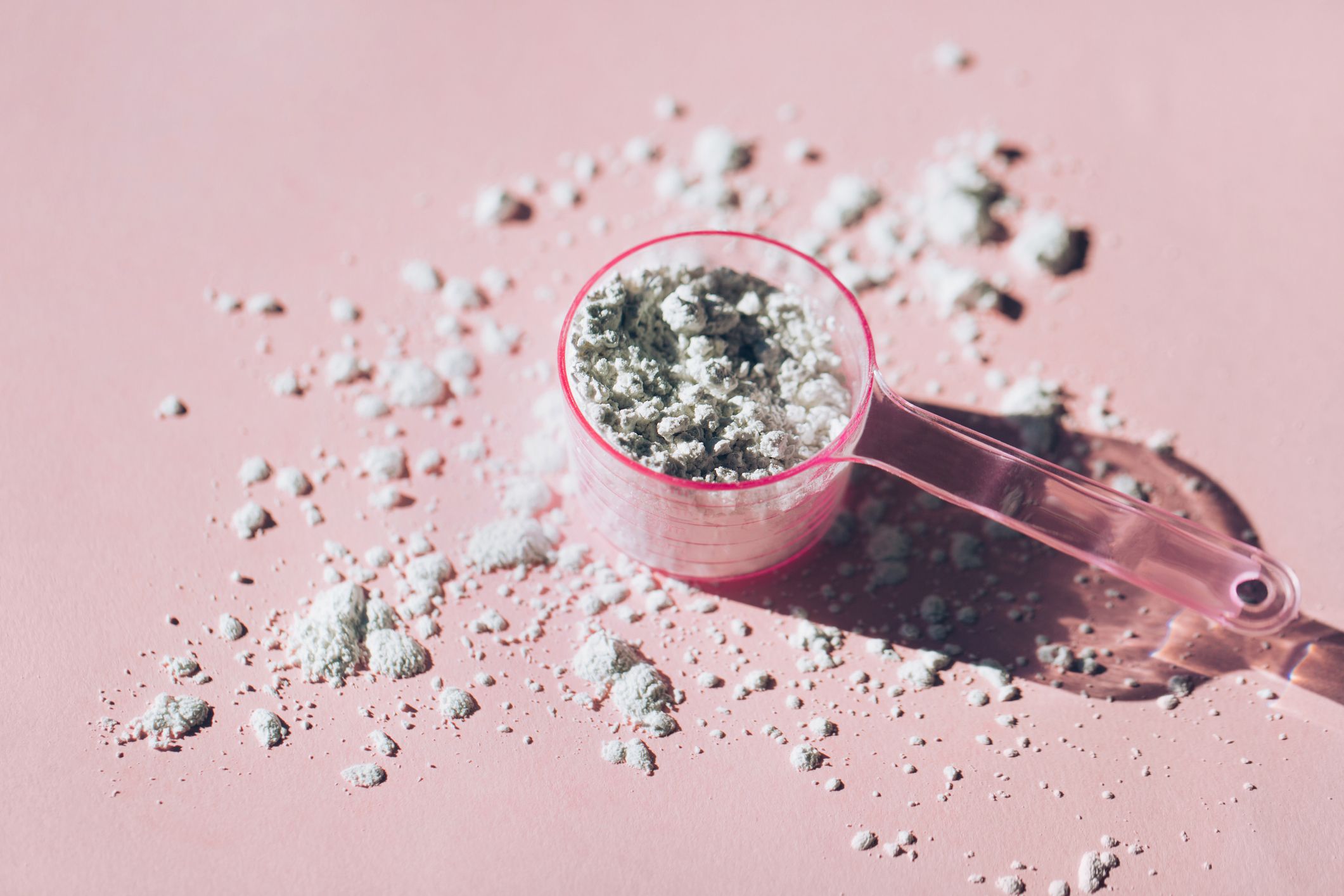 Dr. Lindsey Zubritsky, MD, told BuzzFeed the National Institutes of Health estimates that around 6.2% of people in North America have also had some kind of allergic reaction to PPD.

“PPD is found in 90% of hair dyes, even organic ones,” she added. “Most people do not have an issue with PPD. However, if you do have an allergic reaction to PPD, it is advisable to also avoid things like black henna tattoos, black rubber, [mechanical] oils, greases, gasoline, photography developer, or dark-colored cosmetics.”

Contact allergies can occur when something you are allergic to touches your skin, like poison ivy, per People. In this case, the PPD caused Ellison’s skin to react. “For some people, it’s because they had eczema in their background, and they’re prone to developing a contact sensitization. But for others, it just happens with repeated exposure,” Dr. Yadav added.

“You can’t predict it. You try to avoid it when you can. But the reality is, we all like products that smell nice, that feel nice, that look nice and that requires several chemicals,” she continued. “But you eventually may not be able to tolerate some of them.”

Cool Stuff: You Can Never Have Too Much King Shark, as This Fancy Sideshow Figure Proves
World News